BeirutNightLife.com Brings You the Official Lebanese Top 20 the Week of March 2, 2014 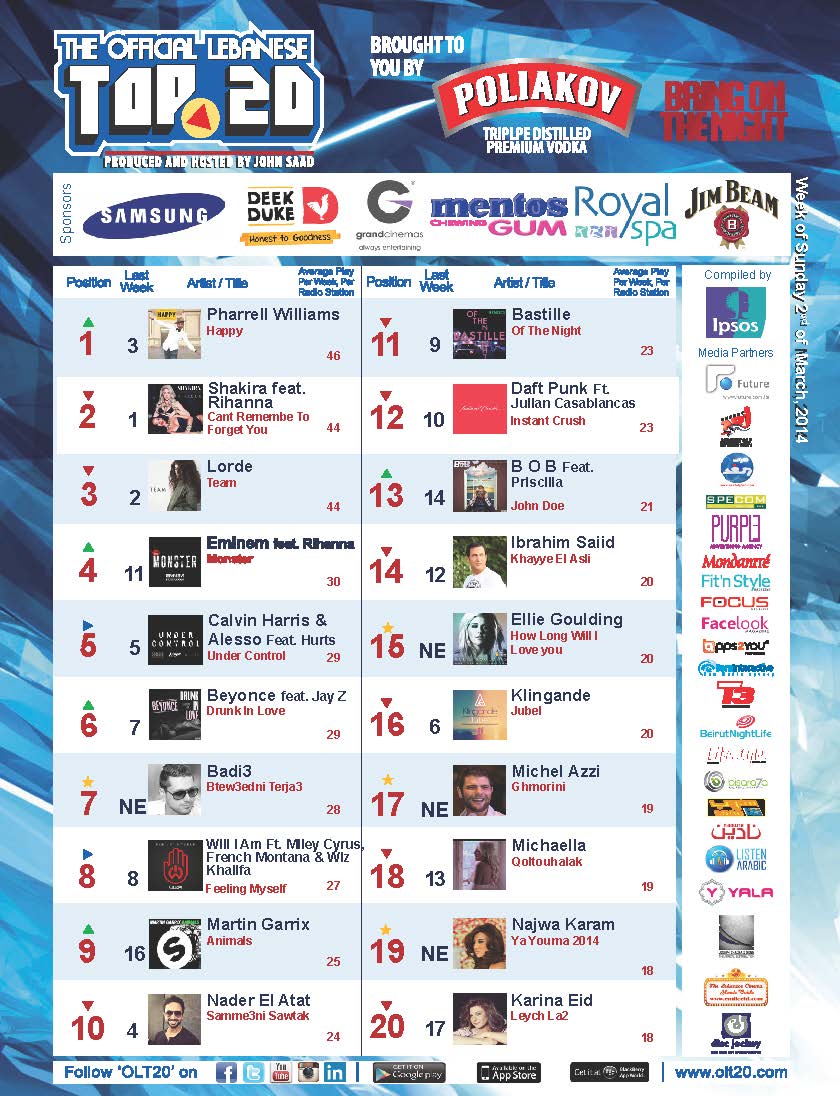 So he has finally done it! After many weeks of relatively slow chart action American singer and producer Pharrell Williams has just made it to the Top of The Official Lebanese Top 20 with “Happy” a song taken from the “Despicable Me 2” soundtrack album. “Happy” has also been highly successful worldwide, topping the Billboard Hot 100 chart, and charts in more than 15 other countries. The single has sold one million copies in the United Kingdom, and has reached the summit on three separate occasions!

From the New Entries of the week, we have the remix version of “Ya Youma 2014” at Number 19 from Lebanese music sensation Najwa Karam, “Ghmorini” at Number 17 from our friend Lebanese singer Michel Azzi, the remake of “How Long Will I Love You” at Number 15 from English recording artist Ellie Goulding, and “Btew3edni Terja3” at Number 7 from Lebanese singer Badih. On OLT20 this week we have 7 Local and Regional artists, and 13 Occidental ones!

Note that you can check out the latest videos from your favorite singers on the new TV show “Hits N Bits / OLT20” on Future TV every Friday evening around 11:00pm, and Sunday evening at around 7pm for the re-run. Check the new & complete OLT20 chart by clicking on www.olt20.com now, or via the OLT20 App available for Download on all Platforms.