BeirutNightLife.com Brings You the Official Lebanese Top 20 the Week of March 16, 2014 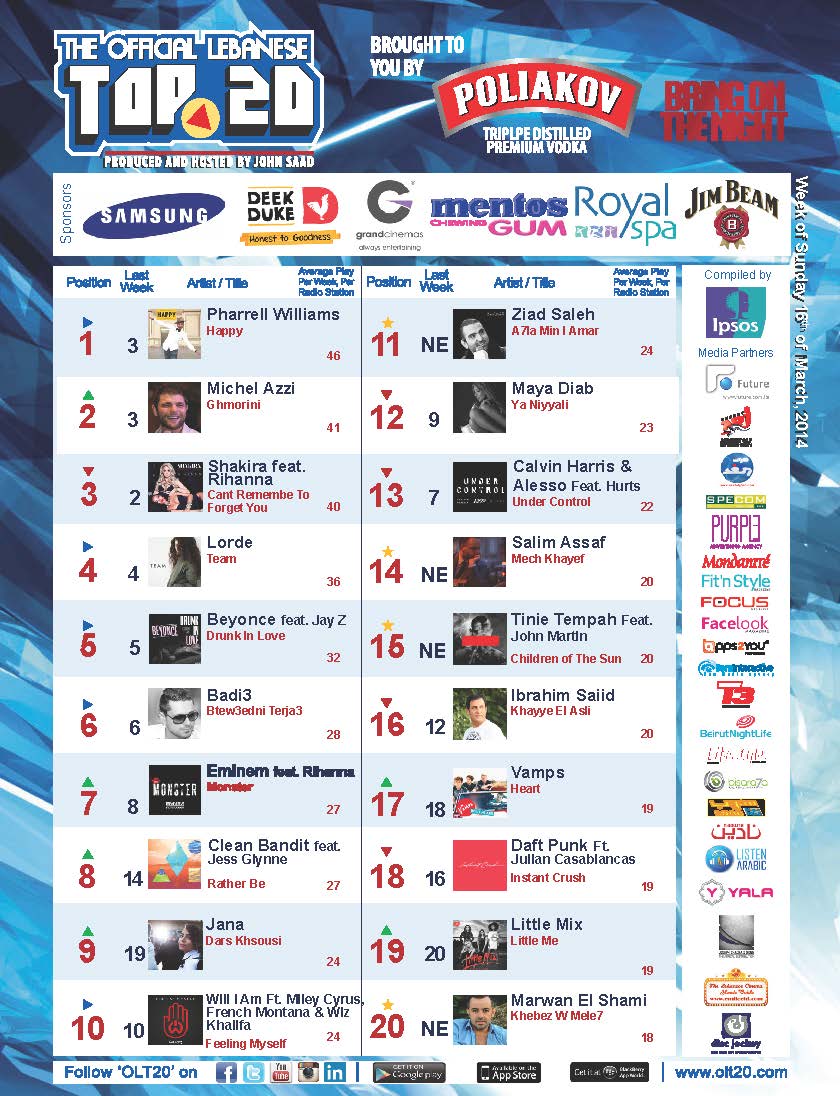 After everything we’ve been saying over the last few weeks, what else can we add about Pharrell Williams? After dominating 2013 with so many hits, after an amazing performance at the Oscars, and after topping the Charts in more than a hundred and thirty countries, he has managed to remain on Top of The Official Lebanese Top 20 for now a third week with “Happy”, a song taken from the “Despicable Me 2” soundtrack album. “Happy” is also still this week’s Number 1 on the US Billboard Chart, and has now sold more than 1.2 million copies in the United Kingdom, where it has reached the summit on three separate occasions!

On OLT20 this week we have 8 Local and Regional artists, and 12 Occidental ones! Note that you can check out the latest videos from your favorite singers on the new TV show “Hits N Bits / OLT20” on Future TV every Friday evening around 11:00pm, and Sunday evening at around 7pm for the re-run.

Check the new & complete OLT20 chart by clicking on www.olt20.com now, or via the OLT20 App available for Download on all Platforms. Finally, note that OLT20 can be heard every Sunday from 7pm on Sawt El Ghad 96.7FM, and every Monday from 7pm on NRJ Lebanon 99.1FM ! – It is also played 5 times on daily basis as a compact Top 20 Countdown on Future TV, and published weekly via all our 21 Media Partners (Dailies, Weeklies, Monthlies, Online, Outdoor, OLT20 Mobile App, and on Location)…