BNLer’s are you ready for another week full of music? I hope so because the Official Lebanese Top 20 is here! Following the ‘craziness’ of last week’s massive number of New Entries on The Official Lebanese Chart, things have somehow settled down this week, with only 4 New Entries. On the Top of the listings, George El Rassi enjoys a second week at #1 with “Btemrou2 Tetghandar“, but finds himself increasingly under pressure from many acts including English recording artist Ellie Goulding, Lebanese singer Moussa, and American Pop / Rock band Maroon 5. Among the week’s New songs we have “Wadda3 Le3zoubiyi” by Mohammad Iskandar at #5, “7afdal A7lam” from Nicole Saba at #10, and “Wala 2ouwi Btemna3ni” from Ziad Saleh at #14. Jump of the week comes from “Wadda3 Le3zoubiyi” from Moussa which goes up from #20 to #3, a massive jump of 17 notches!!

Below is the complete Official Lebanese Top 20 list and don’t forget you can also view the list on www. Olt20.com or catch then live on radio and tv at every Sunday from 7pm on Sawt El Ghad 96.7FM, and every Monday from 7pm on NRJ Lebanon 99.1FM ! – It is also played on daily basis as a compact Top 20 Countdown on MTV Lebanon. 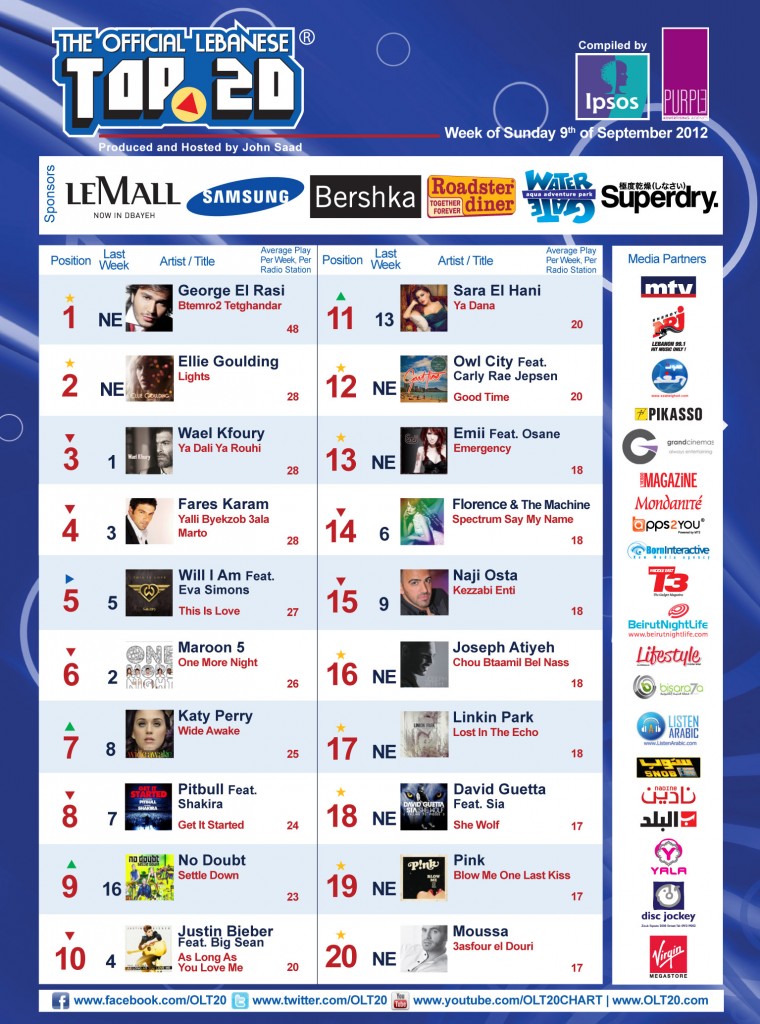