BNLer’s are you ready for another week full of music? I hope so because The Official Lebanese Top 20 is here!

Are we about to witness some major changes on OLT20? Well, for now the Top of the Chart is still dominated by Lebanese Acts with Wael Kfoury replacing Naji Osta with his latest single “Ya Dalli, Ya Rouhi“, taken from his 1st new Album in more than 6 years. Wael Kfoury was the weekly guest on the OLT20 Combined Radio Show this week, and he informed listeners all about his latest activities, and his love for Tennis. What a great guy!

From the 3 New Entries of the week, “Survival” (the Official Song of the London Olympics) from English Alternative band Muse came in at #20,”Little Talks” from Icelandic Indie band Of Monsters & Men charted at #17, and “Hall Of Fame” from Irish band The Script Featuring Will I Am was the week’s highest New Entry at #10. Jump of the week was “50 Ways To Say goodbye” from American band Train rising up from #19 to #12.

Below is the complete Official Lebanese Top 20 list and don’t forget you can also view the list on www. Olt20.com or catch then live on radio and tv at every Sunday from 7pm on Sawt El Ghad 96.7FM, and every Monday from 7pm on NRJ Lebanon 99.1FM ! – It is also played on daily basis as a compact Top 20 Countdown on MTV Lebanon. 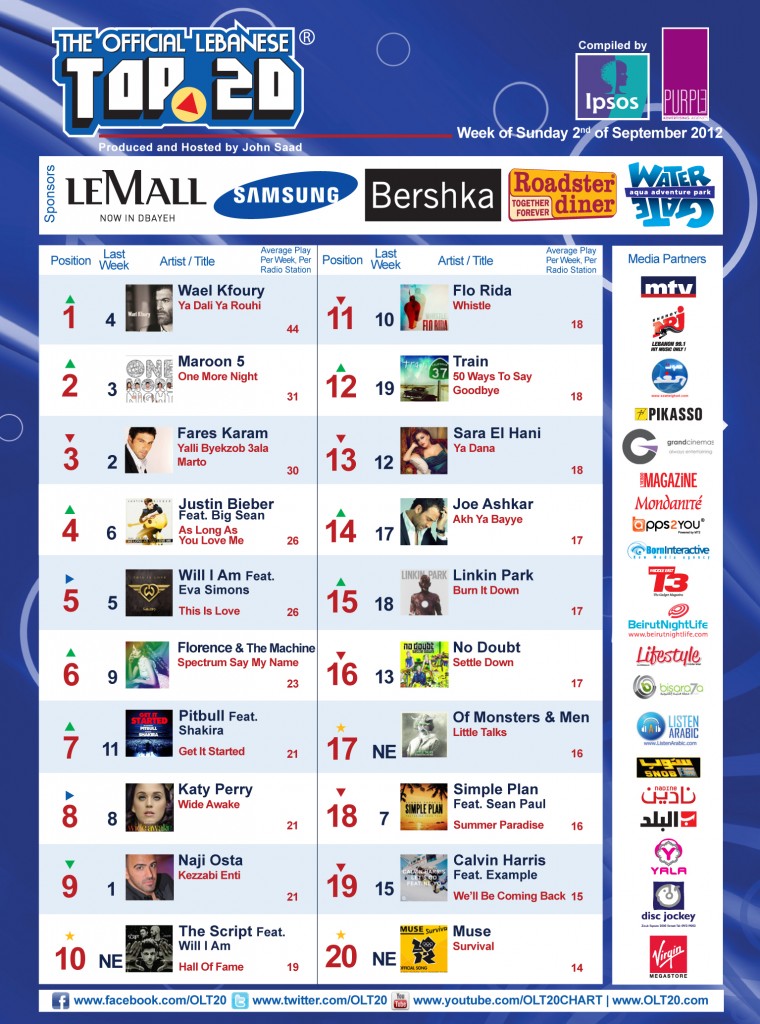