Beirut is in the Eye of the Beholder: The Nawaya Network 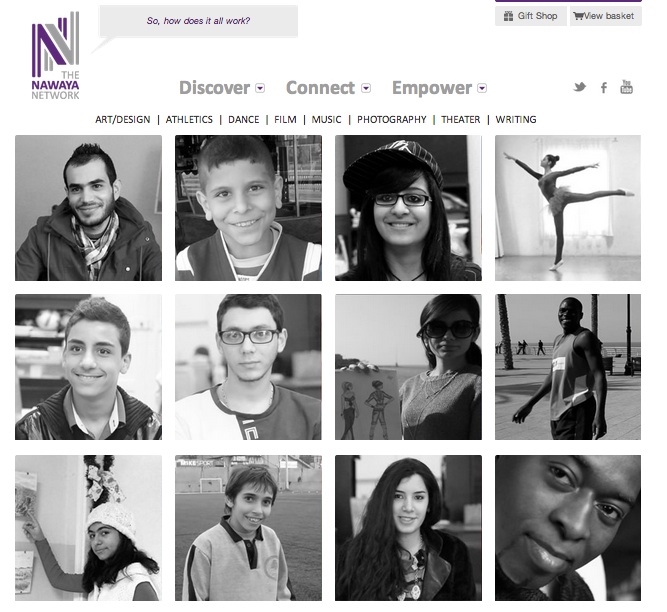 They say it takes a whole village to raise a child, and Zeina Saab is building a little village of support for some of the most underprivileged kids in Lebanon – and hopefully soon the region. Her NGO aims to connect talented youth from disadvantaged backgrounds with mentors, businesses and institutions that will help them pursue their skills, and as a result also stay out of trouble.

As the founder of The Nawaya Network –officially launched in June 2013– Zeina was first inspired to start the initiative when she met a young, talented girl with a good sense of fashion. In 2009 she was working on a project with USAID in a small village when a young girl approached her with some sketches. While Zeina saw her potential, she also realized that coming from an underprivileged background the girl had little or no chance of ever actually becoming a fashion designer. 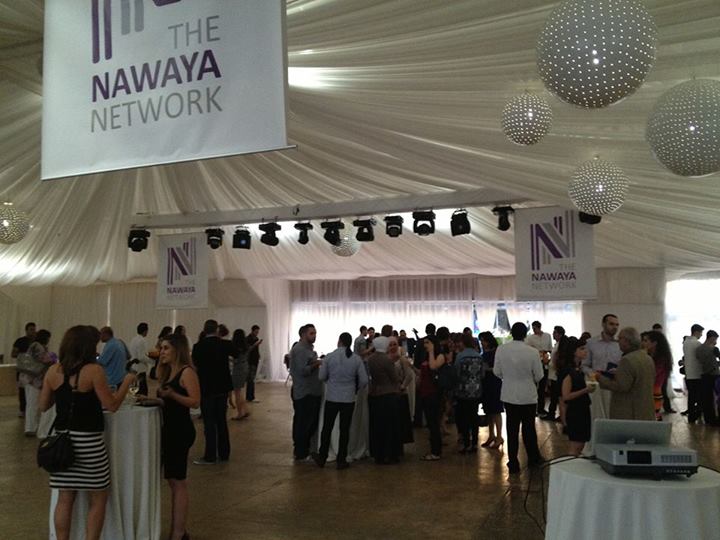 “There’s so much hidden potential in youth,” says Zeina, “but they are disconnected from resources.” She explained that meeting the young girl was the spark, but she didn’t know how to make the connection. The challenge was figuring out how to do it, which took some time to develop. Eventually Zeina created an online platform, a website modeled after Kiva.org, which a micro-financing platform. Nawaya’s website homepage is filled with photos of lively young talents. Upon clicking on each picture, the user is taken to a profile describing the youngster. If you want to help the child, you’ve got 6 buttons to choose from:

Youth who have a skill to offer and want to work can be employed by website visitors.

Any business or institution can take the kids on board and train them in specific skills, in return getting visibility and exposure on Nawaya’s website.

This is where donations for equipment, materials and supplies are given – anything from musical instruments to art supplies and sports gear.

Catered to media, this section lets journalists, producers and others in the media people get in touch with the organizers and youth for inspiring stories to publicize.

Since much support is needed to keep everything going, this is a crowd-funding platform where web browsers can donate to pay for various things like transportation.

This is the biggest part of the program, where mentors and mentees can connect to form valuable relationships. 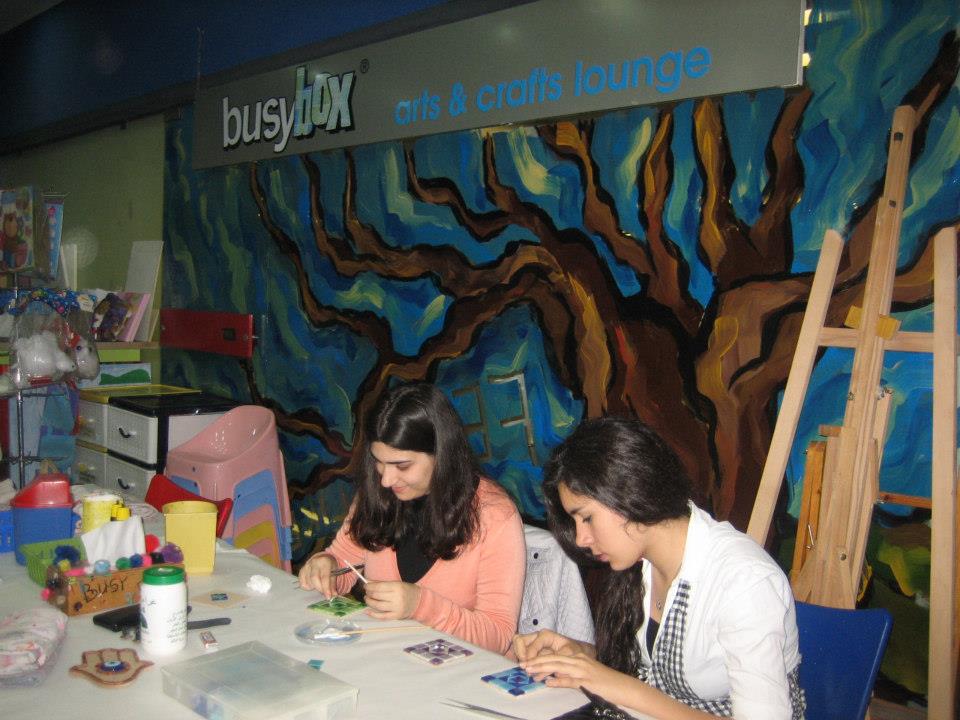 Lebanese-born Zeina spent most of her life in the US, studying International Studies at University of San Diego and Urban Development at MIT before working with the UN And USAID in Lebanon and New York. But she decided to move to Lebanon when the idea for The Nawaya Network came to her.

Nawaya is the first mentorship program for disadvantaged youth in Lebanon. Zeina swears by mentorships, saying they are highly effective. “I grew up in the states and I know from there that it’s a great way to keep underprivileged kids away from violence and drugs. I noticed in Lebanon there were so many young people with no hope, no opportunities, nothing to wake up for. They get into the wrong path and it affects them, as well as their families, communities and the country as a whole,” explains Zeina.

When Zeina first started, it was challenging to find supporters and mentors for youth with specific talents. Then she realized that “instead of just using my personal network, we’re should be relying on the network of thousands of users.” She explains that it’s much more effective using social media to spread the word about certain needs. 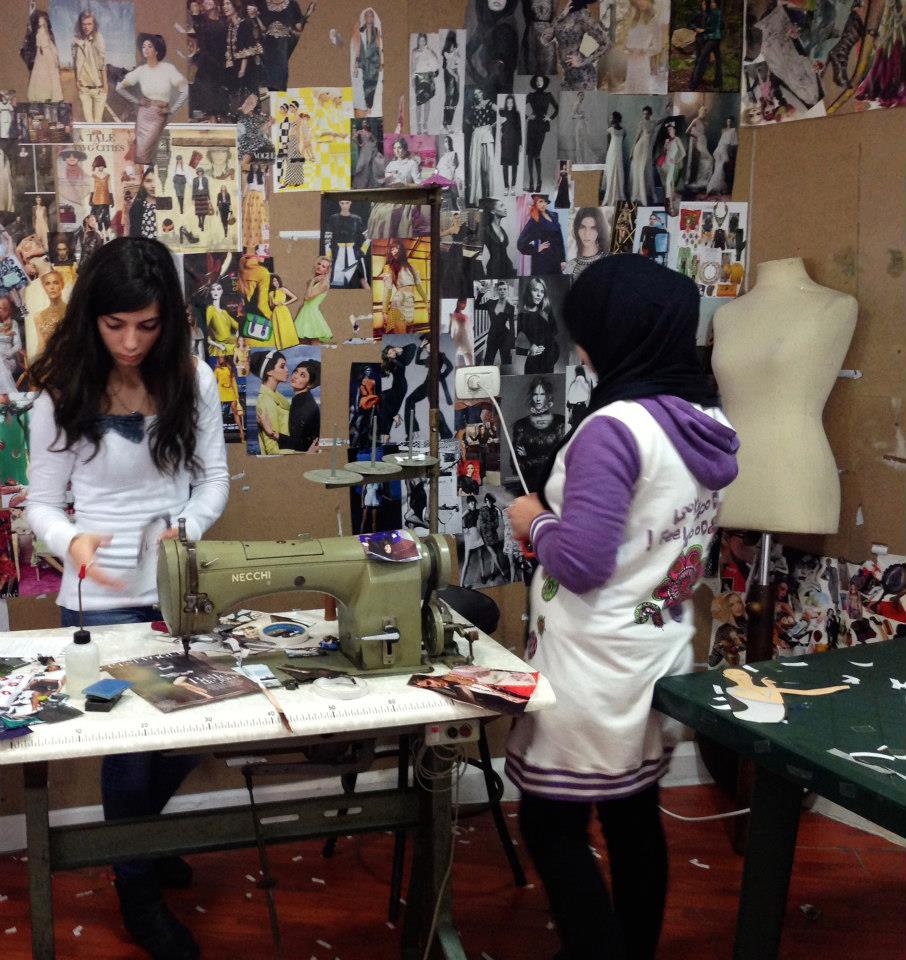 The Nawaya Networks’ mentorship program is a once a week meeting between a mentor and a youth, where they can share a skill or just talk about life, be a source of support, a friend or older sibling that can guide the youth and give them advice and confidence. To monitor progress and make sure everything is on track, mentors fill out a weekly log and a monthly evaluation report.

Mentors also go through a process to get accepted. After applying online, they are interviewed and trained at a 6-hour session on how to be a mentor. Specialists shed light on what issues they might face, including problems concerning discipline, communicating sensitive issues, dealing with violence and how to be good role models.

There are incentives for them too. Nawaya is working on a discount card whereby partner organizations and businesses will offer a discount to volunteers. Workshops will also be offered for the volunteers, offering them insights by professions on important needs in professional development, such as business etiquette, CV writing, help with interviews, and more. Nawaya will also offer valuable networking opportunities with partner organizations, which could help mentors in their professional development as well. 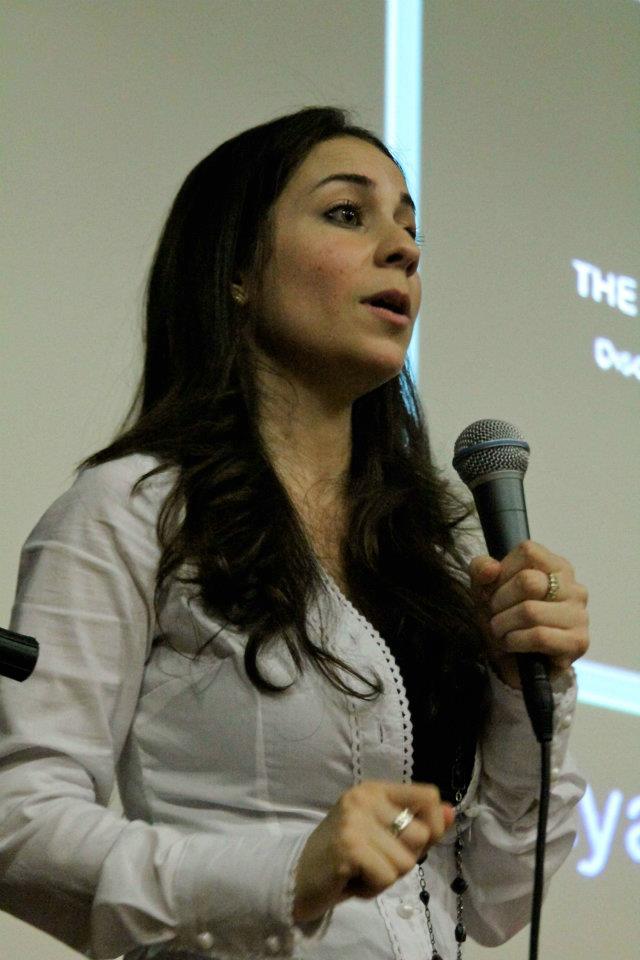 Eventually we will have a network of partners and these kids can one day be employed in one of these businesses. If their passions don’t lead to a career, they can get a day job at these companies and continue perusing their talents on the side too. “Resources exist,” says optimistic Zeina, adding, “They just need to be directed to the right people.”

When Nawaya became a reality, Zeina remembered the girl who first inspired the idea and decided to track her down. After some time and effort, Zeina and Nadine met and since Nadine was still interested in fashion design and had just graduated from school, Zeina connected her with The Creative Space, where she began taking free lessons in fashion design.

Zeina’s little team consists of four, along with 15 mentors and 40 more that have been identified and will be registered soon. She finds kids through partner NGOs for now but they’re hoping word of mouth will increase their visibility. 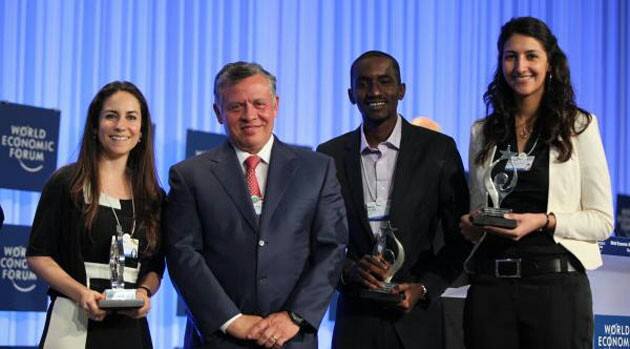 Nawaya is not going unnoticed. Zeina was awarded the prestigious King Abdullah Award for Youth Innovation and Achievement at the World Economic Forum in Jordan earlier this year. There wee 365 applicants, all youth-led initiatives that had some kind of achievement or impact. She was one of 3 winners and received a $50,000-grant as well as got herself a mentorship with Mowgli, a UK-based mentorship program. All of this will help The Nawaya Network expand.

“Right now we’re focused on Beirut because it’s easier. We don’t have a huge team. Hopefully by the end of the year we’ll be expanding to different regions in Lebanon and I hope within a year we’ll be operating nationally,” Zeina says. Already NGOs around Lebanon are interested in partnering with them, including Ruwwad in Tripoli, Offer Joie, and Maytam Saida.

The idea is to become a regional network one day, she continues, saying that NGOs in Jordan and Egypt are already eager to partner with them as well. 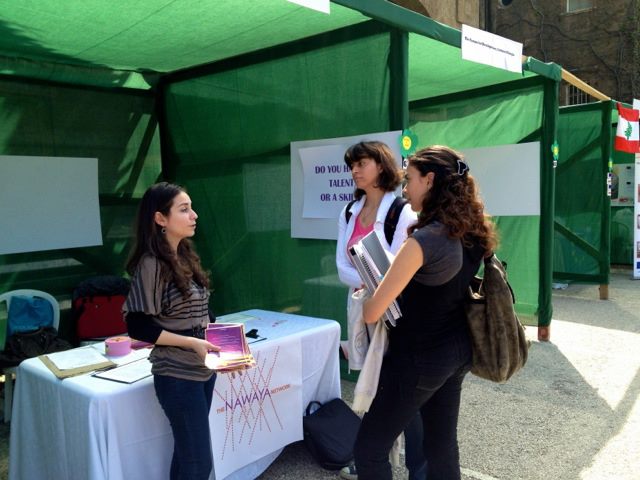 Nawaya also received grants from other funding institutions, such as Global Fund for Children and Soliya, and Zeina’s applying for more funding. But this is only going to work for a certain amount of time.

“I want to move away from relying on grants,” she says, “and move into a sustainable model. Nawaya will generate its own revenue and hopefully will be successful and continue to grow. We don’t want to one day realize that we have to cut back on certain activities because of limited funds. 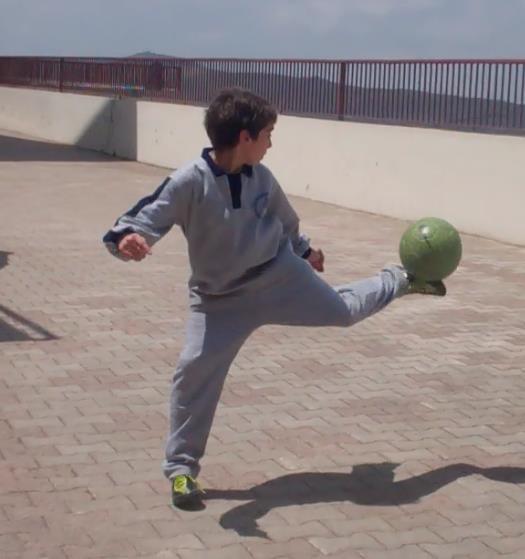 Zeina also wants it be very clear that The Nawaya Network is not just about recreational activities for youth. There’s athletics and arts, but there is no cut off time and the kids can continue to develop their skills into adulthood, at higher and higher levels, as needed. “It’s all very personalized from the very beginning,” she points out. 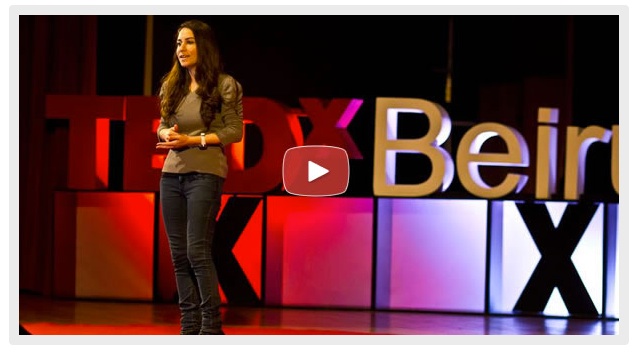 “We’re getting a lot of support and opportunities for support. We’ve been very lucky,” Zeina says humbly, adding that other organizations and individuals believe in our work. It’s no wonder people are supportive when an organization is working so hard to achieve noble goals. Help spread the word and these intentions can certainly go a long way, and materialize into a better future for everyone. 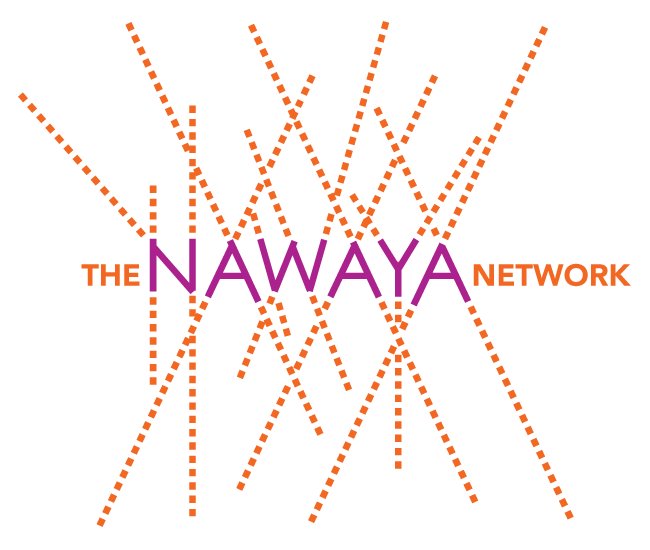 Photos courtesy of The Nawaya Network