Beauty is in the Eye of the Beholder: Vote for “Meals For Schools” 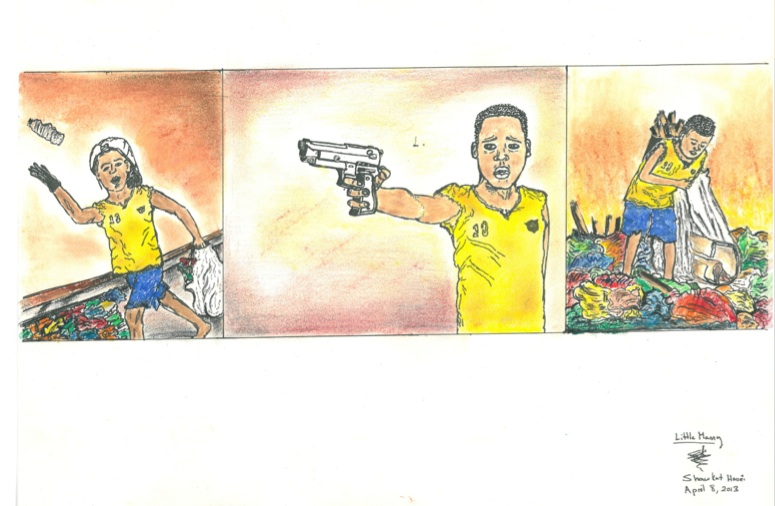 Imagine being hungry. All the time. What would you do to make that hunger go away? Would you turn to crime? Probably. Would you go to school, where no food is available? Probably not. So you stop going to school, lose your chances of having a proper job. You may end up with a life of crime. And you definitely stay poor. That’s how the poverty cycle continues and gets worse.

Now one project in Lebanon called “Meals for Schools” is working to fix the problem of hunger, poverty and education and it’s the only Lebanese entry up for the international $1 million Hult Prize.

If they win the $1 million, they’ll be able to get the project up and running, and help Lebanon’s poorest children (and their families) not just to fill their bellies temporarily, but to break the poverty cycle. They only way they can win is if you vote for AUB’s Meals for Schools here.

Here’s how it works:

Meals for Schools is a program between schools in poor communities in Lebanon working together with local suppliers to give kids meals while they are at school, so that they are encouraged to go to school for the food, if for no other reason. But that’s not where it ends. At the end of each school day the kids also get food to give to their families, so they too can have a good meal. This encourages the kids to come back, and encourages the parents to send children to school. 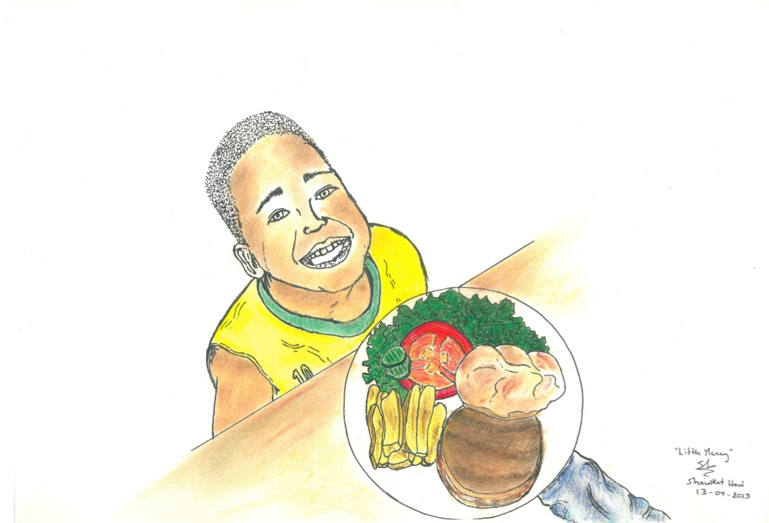 Why will it work?

When you’re constantly thinking about the aching hunger in your stomach, you’re not going to even think about getting an education. There are certain basic needs, like food, that are far more important to a child than education, which obviously has long-term benefits, but these benefits are overshadowed by the hunger. Many of these hungry children have no motivation to go to school, and would rather be on the streets (or are encouraged by their parents to be on the streets) to get a bite to eat, which is obviously a priority. Many of them engage in crime. Even those that don’t are still missing out on school and the possibility of having a proper, well-paid job later in life. If you give these kids a bite to eat at school, it’ll get them to go to the school. In the long run it will get them out of poverty and break the cycle.

Samer Sfeir, one of the founders of Meals for Schools says, “This will take children out of poverty without them even realizing it. They are not stupid, but if you put yourself in their place, and if you are constantly hungry, you’re not going to think about education. We’re providing the basic need of food and the secondary need of education together, as a bundle.” He adds, “What we did is we added food to the equation. They go to school, they get food.”

The team already tested the idea with an initiative called Mommy Made, which is a catering company where mothers of underprivileged children were recruited, trained to cook, and then paid proper wages for their services. So far 4 women have been recruited to cater an AUB event. Soon a catering line will be launched to expand the idea. What was found in this experimental initiative was that if these mothers got a stream of money they were more than willing and happy to provide basic needs for their kids. They spent their earnings on food, rent and medical expenses.

But HOW will it work? Who’s going to provide all the funds to supply all this food for free to the kids?

Meals for Schools is actually a part of the social enterprise Hub4Good, which is an “online mall” where you can buy products from different businesses and NGOs’ “shops”. Each company or NGO has a shop and sell their products. Some of them include Arc En Ciel, SOS, Sesobel, Zero Waste Act and others who have a social or environmental cause. Hub4Good lets people who sell goods get in direct contact with people who buy them, eliminating the “middle man” that often makes a massive profit from the deal. Part of the profits that Hub4Good makes will be invested in Meals for Schools.

But one way to really boost how the project will work is through the money they could get from the Hult Prize. The Hult Prize is a yearly student competition to solve certain social challenges, and is a collaboration between the Hult International Business School and Clinton Global Initiative started by ex-US President Bill Clinton. Each year one project is awarded $1 million to start their idea, and each year there is a theme. This year’s theme is the global food crisis.

This year there were 10,000 applicants for the prize, and 220 of them made it to the regional finals in 4 regions. That means only 4 regional projects compete in the final (which is happening very soon). But there’s another chance for one more project to compete: they can apply online and the team with the most votes is the 5th competitor in the final.

Samer explains, “The winner of the 2011 Hult prize lost in the regional final but improved the project and won the world prize. We are doing the same. We really improved our project and now we think we can win this.” 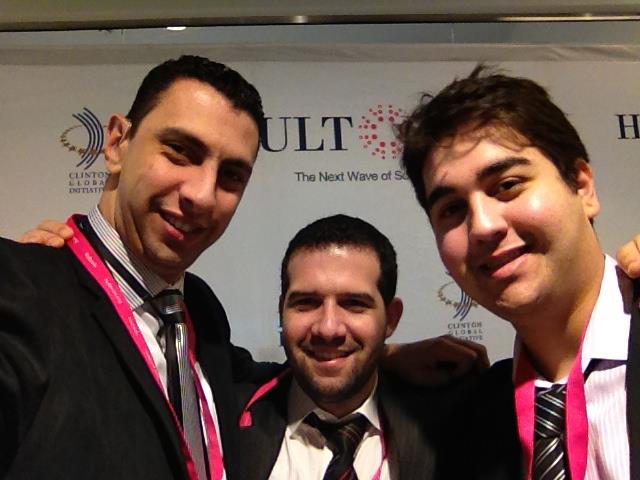 Samer is an MBA student and his team of fellow students at the American University of Beirut includes Walid El Hajj, Wissam Constantine and Chawkat Khoury. They were one of several Lebanese teams to apply for the prize but the only ones to make it to the regional finals held in Dubai. They didn’t win the regional final, but they were highly encouraged by the organizers to add certain things to the project and re-apply online—which they did. They were also the only team from the regional competition invited to talk about their project on TV network MBC.

Now they are up against around 80 projects and we have until May 12 to vote for the only Lebanese project in the running for the prize.

Look at it from the hungry eyes of Lebanon’s children. Meals for Schools is a beautiful initiative that gives hope to the neglected kids from slums and impoverished backgrounds. It’s a way to get them off the streets and into schools, where they and their families can get warm meals today, and a better life tomorrow. Vote for breaking the poverty cycle, encouraging impoverished children to go to school and improve their circumstances, and vote for the project that isn’t just a short-term solution for a symptom, but a long-term answer to the wide-spread and growing problem of poverty in Lebanon.

Go on, Vote! and spread the word!