Beauty is in the Eye of the Beholder: The Making of A Photo 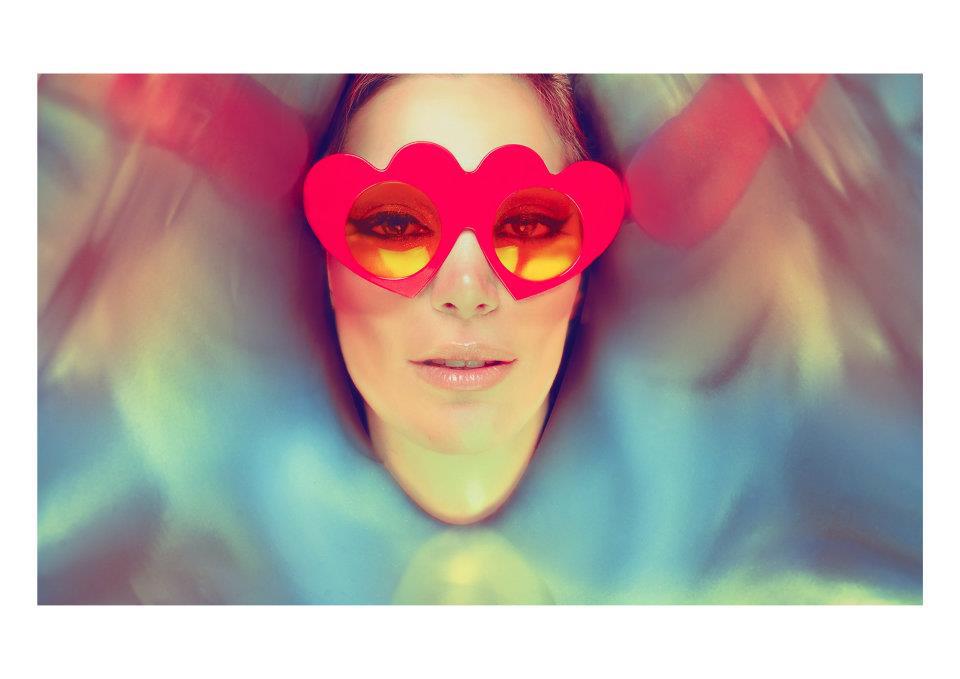 What’s the formula for a good photo? Something beautiful + a good camera + a photographer with a good eye behind the lens. Right? Apparently that’s not all .

Beauty is hard to capture. The task becomes even more difficult if one is trying to sell a product. In advertising it’s not just about taking a nice photo, but also setting a certain mood, and it’s all in the details. Art Director Daniel A says it’s not just about the photography itself, but also the “art direction”, which is sometimes unrecognized as we view the beautiful end-results. 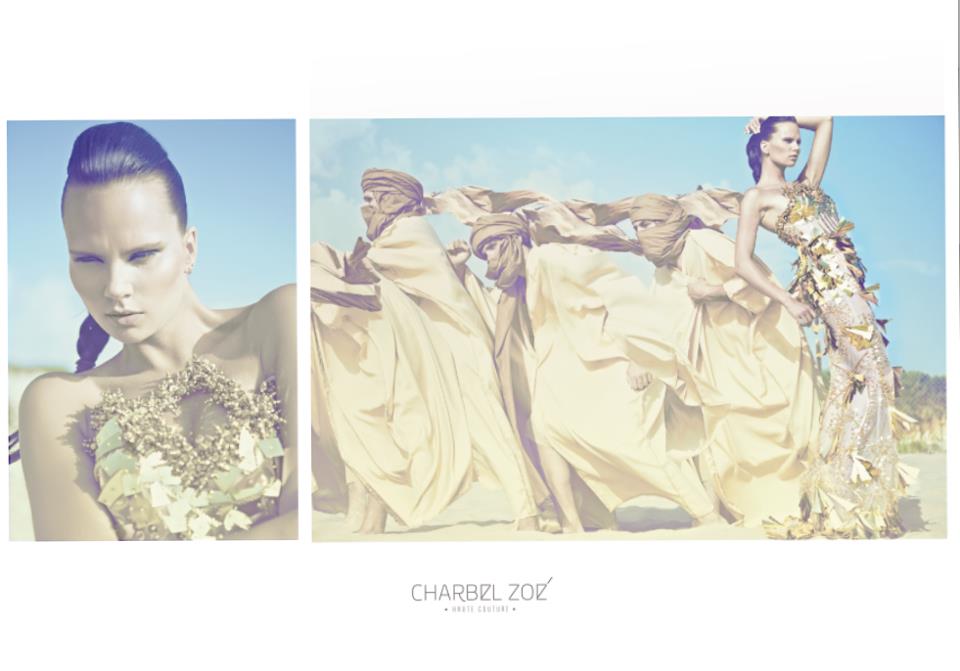 Daniel points out: “If the photographer is good it doesn’t mean the photo will be good. It’s many factors together and teamwork – the whole package.”

After having done his master’s degree in Art Direction for Advertising, Daniel A began an inspiring internship for global advertising agency network McCann Erikson, working on photo-shoots for the likes of L’Oreal. When he returned to Beirut two years ago he did a photo-shoot for a friend “for fun” and decided to keep doing it. So began his Art Direction profession. 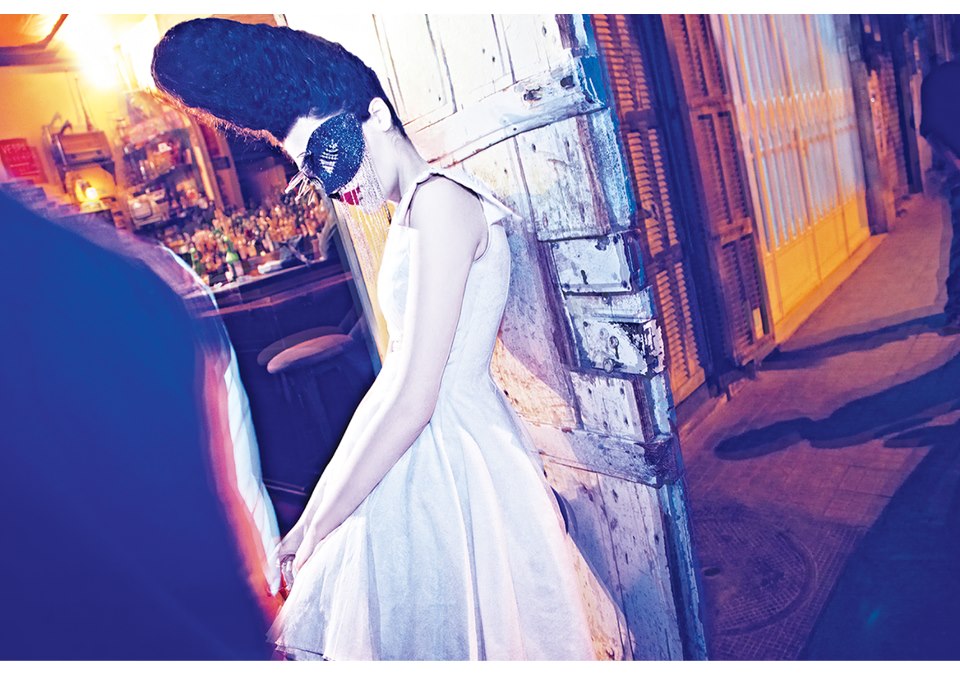 As he became more serious about the work, he teamed up with producer Hassan-Kamel Sabbah. Although Daniel was originally focused more on advertising, his art direction career has turned more to fashion.They do mostly fashion photography, but also editorials and ads, although most of them are fashion oriented too. 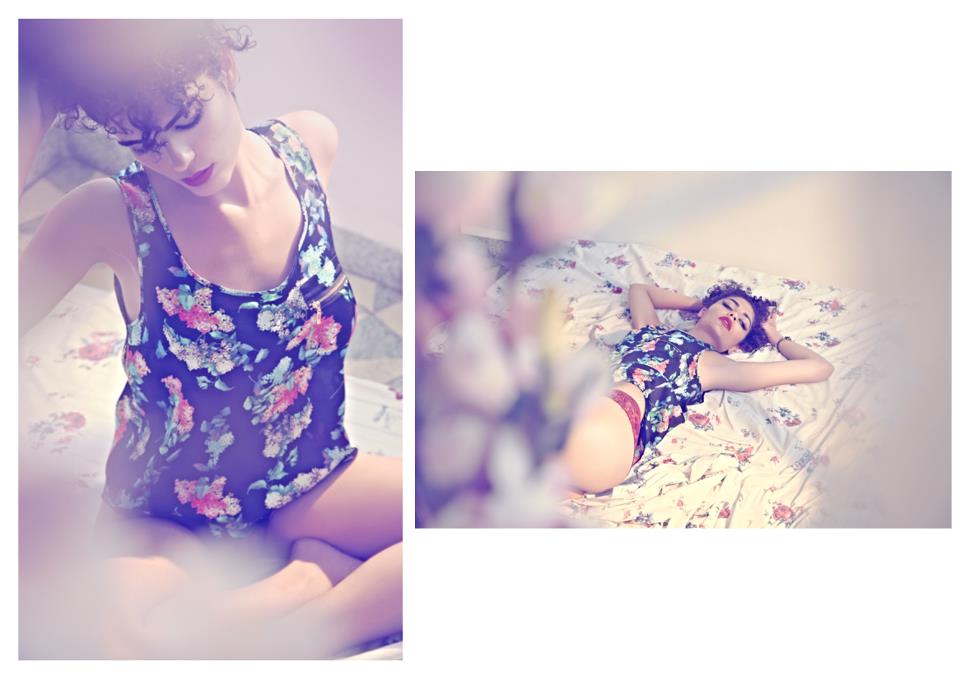 Through word of mouth, social media, and sheer talent, Daniel A is quickly making a name for himself as a catalyst for a different kind of aesthetic in the often-stale visual community in the Middle East. I made the mistake of asking him to describe his “photography” style. His answer was that he doesn’t “want to be labeled as a photographer because I’m an art director. I can hire a photographer or do it myself. I also happen to take good photos so it’s a plus. But I want people to know me as an art director because it’s a different field – it covers production and other things that photographers don’t usually deal with.” 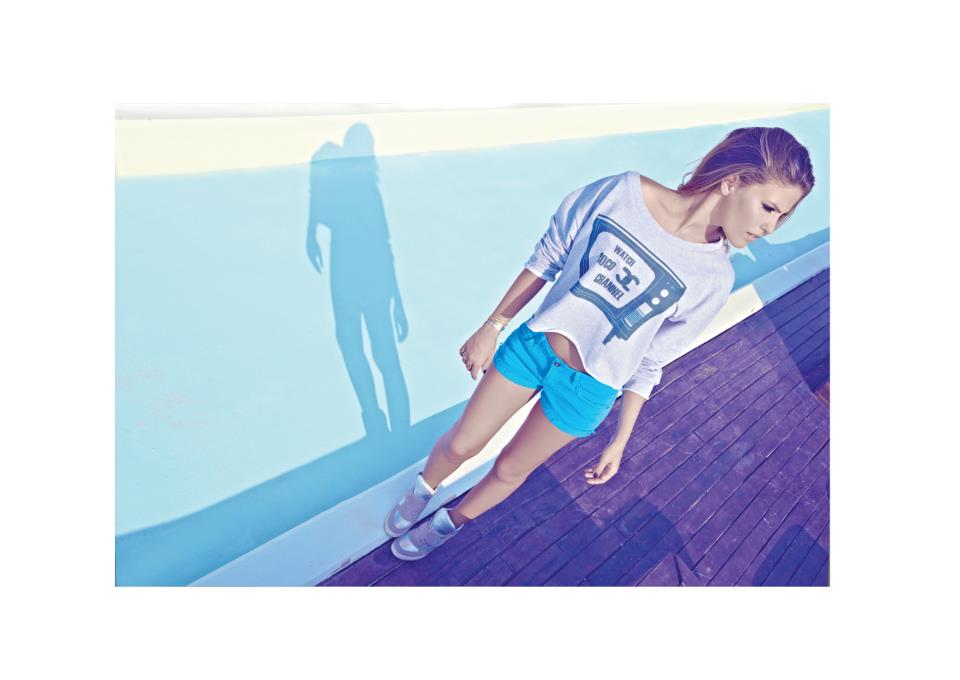 I rephrased my question and asked about the style of the photos he creates, to which I received an avalanche of adjectives: simple, geometric, romantic, edgy… He uses a lot of white spaces and doesn’t like regular colors. “I never use black. I don’t know why, I just don’t. I don’t like the color black.”There’s a lot of perspective – the photos are not flat – and there are usually gradients of colors. “I don’t want to stick to just one mood. There’s a lot of diversity from project to project,” he says.Regardless, the photos can always be identified as his, there’s just a certain “Daniel-ness” about them. 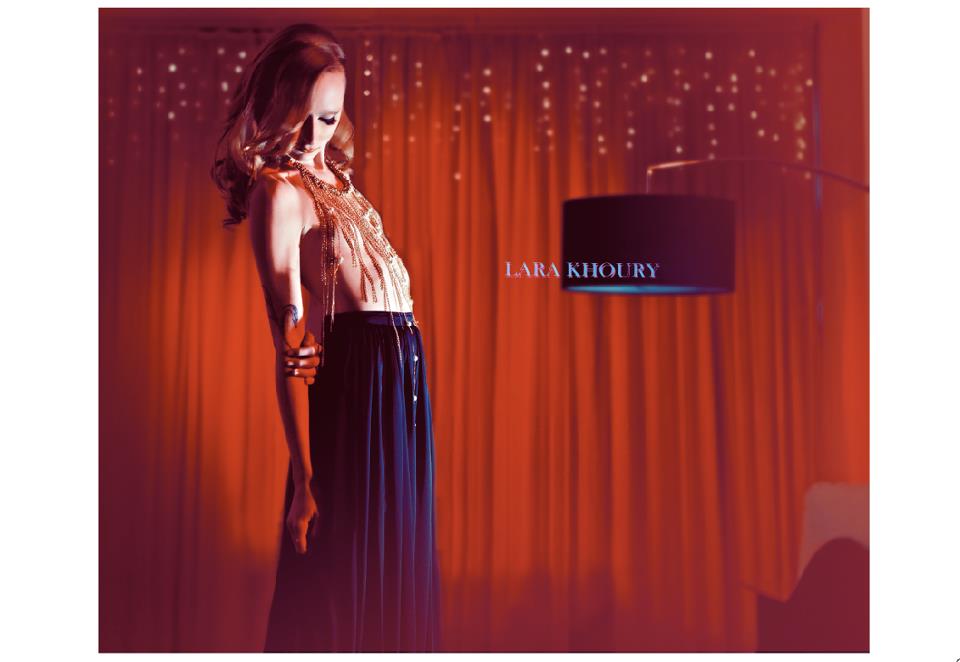 In two short years Daniel A has worked with the likes of renowned up-and-coming Lebanese designer Lara Khoury, Lebanese songbird Naya, as well as shops and brands such as Pavoni, Pastel and Poise Design, to mention just a few. 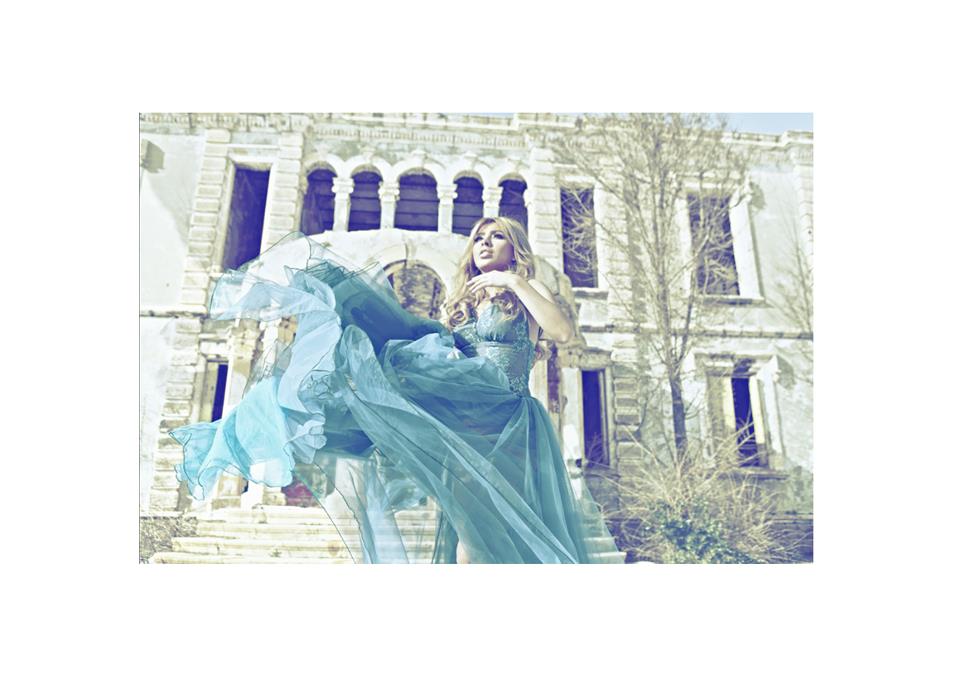 They are big fans of outdoor shoots but have done all kinds of themes and inspiration can come from anywhere. Before coming up with one photo-shoot idea the boys brainstorm at least 3-4 concepts with clients, and only then settle on one. There’s always a concept behind the shoots they create. “It’s not just a girl wearing a dress,” says Hassan. 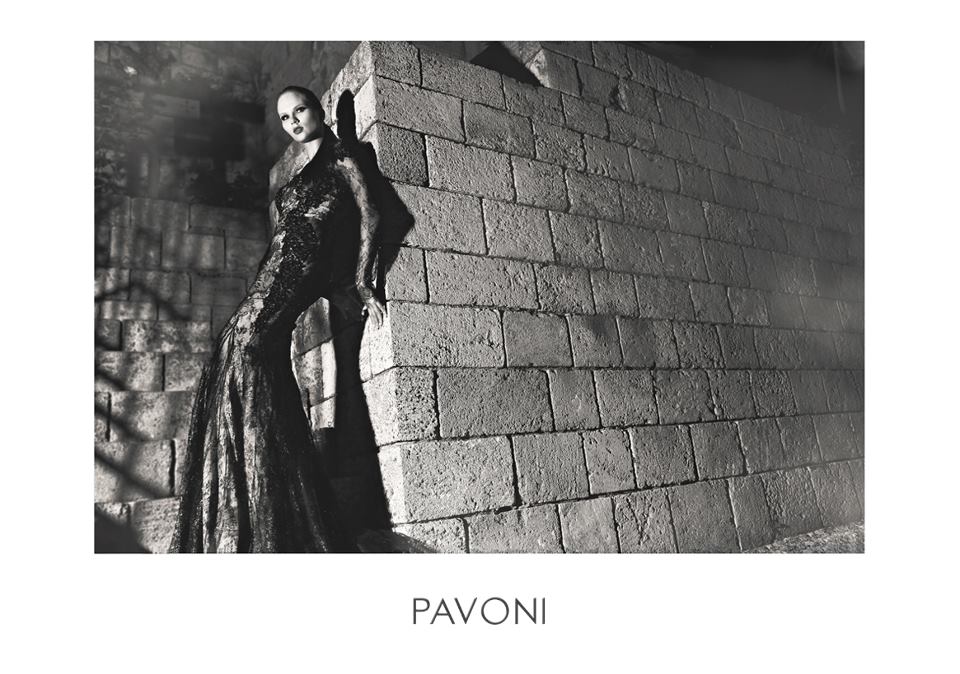 Daniel and Hassan explain that the look and feel of the photo depends on the client.The production side of the photos is just as important as the concept. The two-man show is a small team compared to large agencies that offer the same services, and they work with freelancers, which helps them be more flexible. “We know how to adapt and find solutions, production-wise. We try hard to find exactly what we want,” explains Hassan. 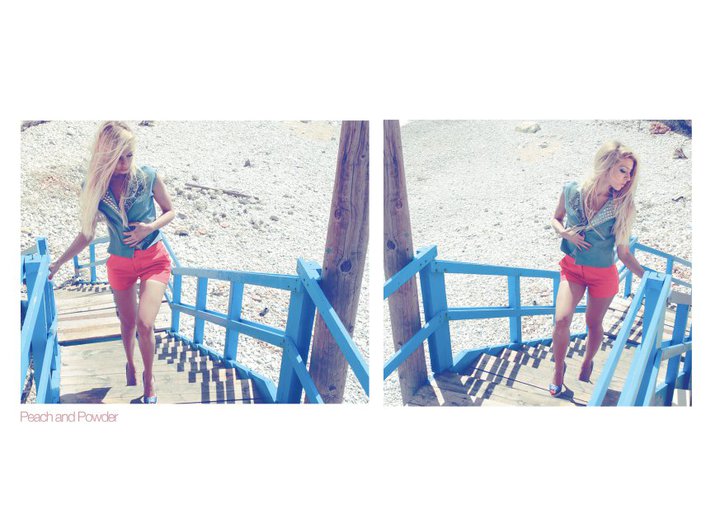 “There’s a lot of emphasis on production, the make up and hair, the styling, the choice of the model the quality of everything, and how everything fits under a certain theme. These are just as important as the concept,” Daniel says. “The make up artists and the hairdressers need to be creative. It’s about innovation. This is what make a photo good.” 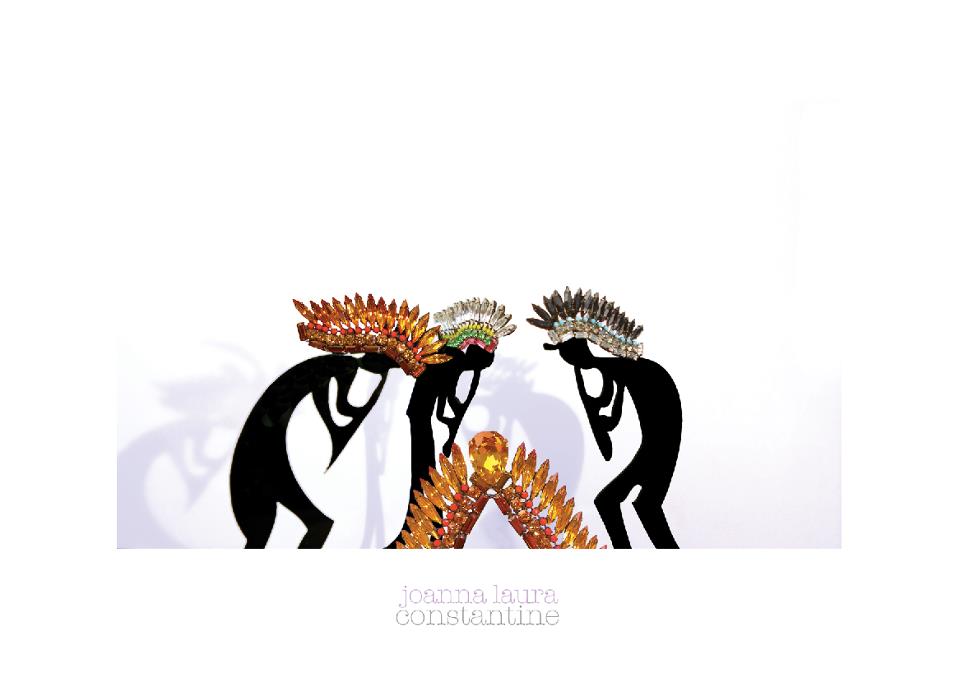 Daniel and Hassan make sure to give character to their photos by giving the product the right context the right story with the right shots. “Whether it’s in fashion or in advertising it’s essential for us to understand the product  its theme, concept, shape, target, message, function) for us to propose the best stories through the best visuals,” they explain. 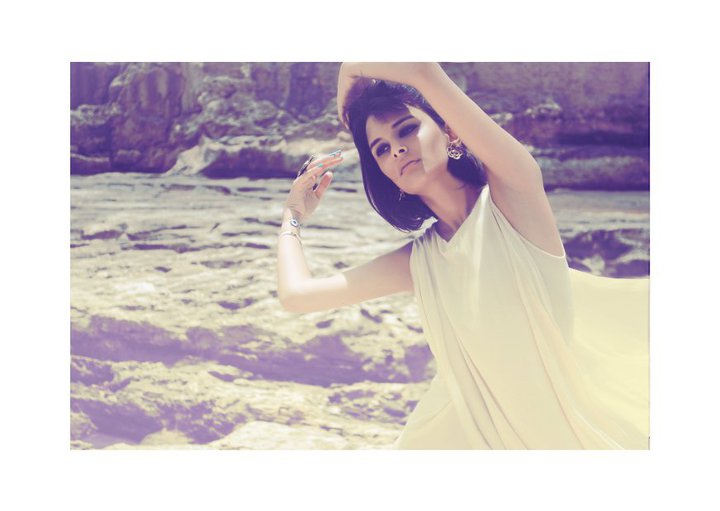 On their shoots, they’ve used a lot of innovation, including having a string artist create the illusion of laser-beam-like lines on the recent Swiss-based artist Alyel’s shoot (who knew a “string artist” even existed?! But the result is amazing!) 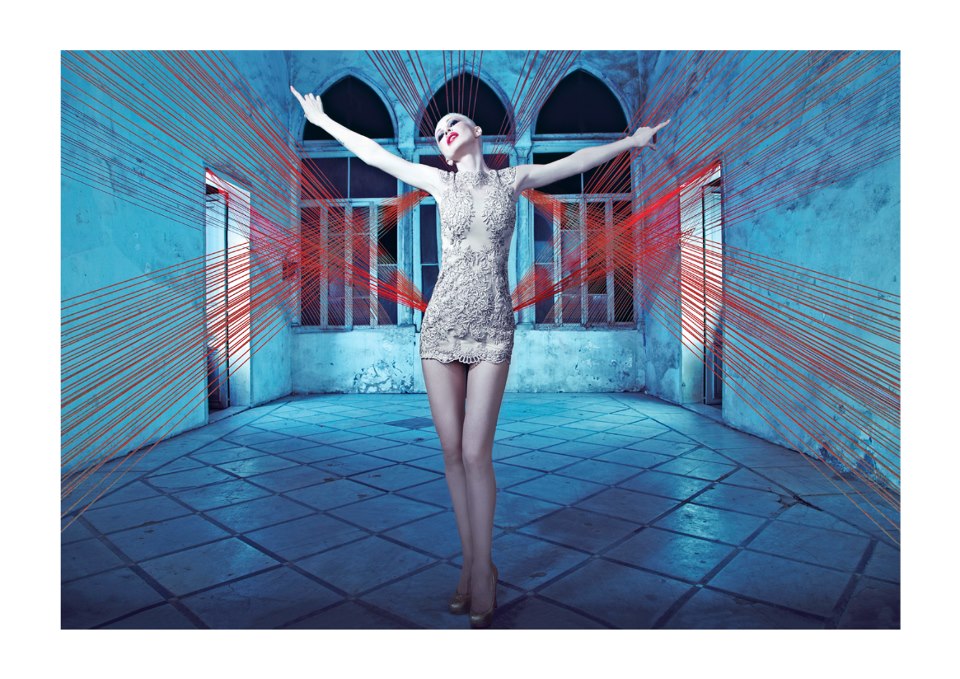 Daniel says his inspiration is very related to what he’s seen abroad. “It’s not what’s seen here. Here in Lebanon and in the region I’m different. Internationally, I’m also different because every photographer is different, but here I have a completely different style.”

How is his way of capturing beauty different from other local artists and photographers? “In terms of the perception of beauty in visual communications, in photography and in aesthetics, how I represent the beauty of a woman is different than how it’s usually perceived here in the Middle East. This difference is important for those that want to change how beauty is represented. But for those who are ok with what’s already here, it’s not important”, he says. 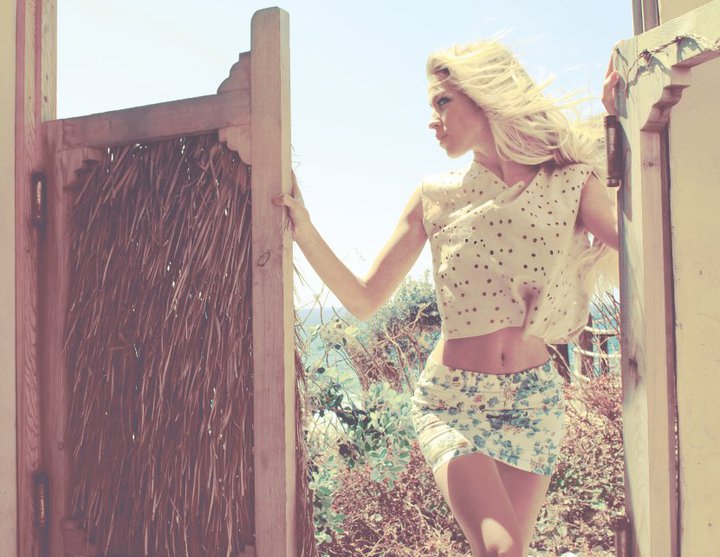 “A lot of photographers and art directors just copy what’s abroad and also stay safe. We’re more daring. There’s a certain monotonous look about much of fashion photography in Lebanon, and some call this style cheap,” says Hassan. But Daniel says this is a choice. Beauty is in the eye of the beholder! What these other photographers are putting together to give their photos this style may not be perceived as beautiful by some, “but it’s still a style and a culture and this is what some people like. For us, this look is not appealing anymore,” he says. 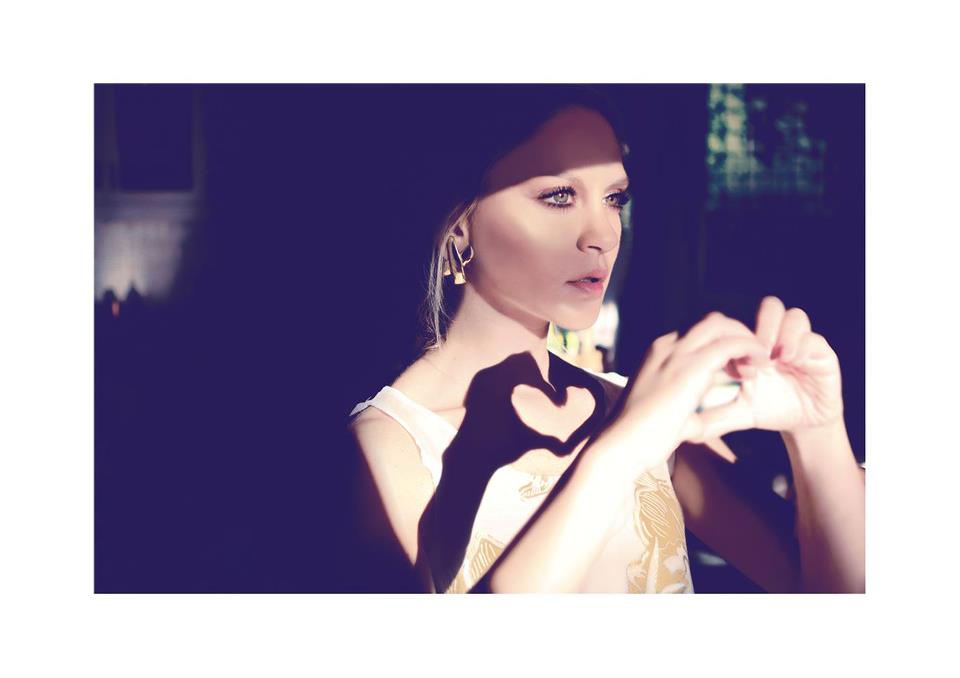 Daniel says of his experience in Europe was a big influence on him. “The European perceptions of beauty changed my perception of beauty. Maybe this is why I’m different,” he states. Daniel and Hassan make an effort to stay up to date about what kinds of work is being done, especially in fashion photography, in order not to duplicate anything and stay original. 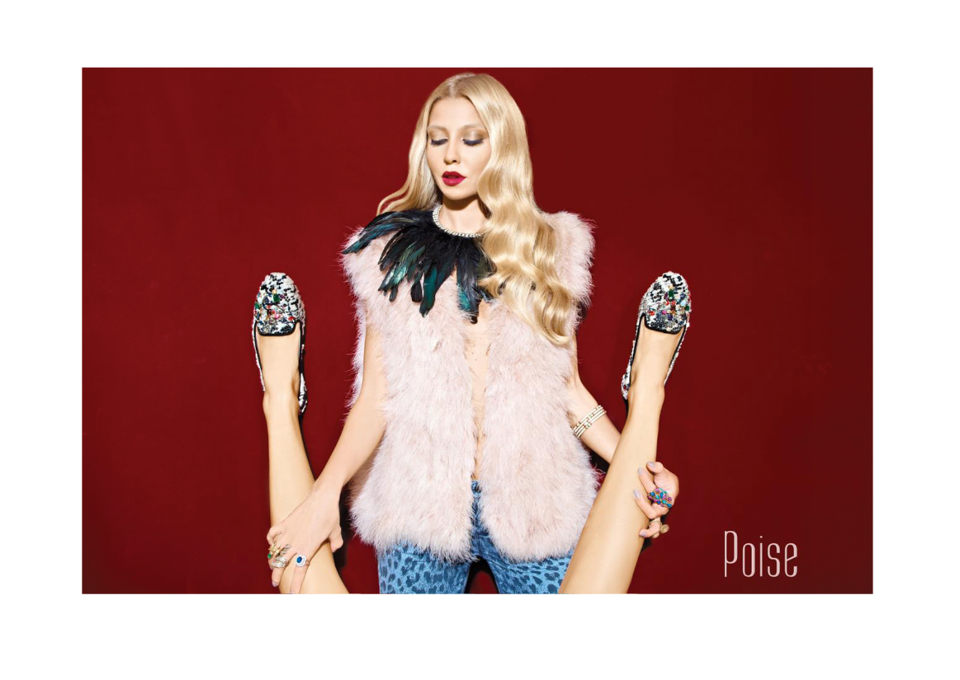 Daniel is optimistic that others will follow in his footsteps of originality and innovation. He thinks that with time more and more local artists will become more innovative. In fact he says it’s already happening with fashion. “Many designers are sticking to their own identity and staying different. It’s not all designers but there are many. And so the same thing goes for photography.” He also stressed that it’s important for other complementary fields, such as make up, hair, and styling to also be more innovative and serious.

Beauty is in the eye of the beholder, but as it turns out, the eye isn’t the only thing that counts. Turning the object the eye is looking at into beauty is an art form on its own, and it’s many elements coming together in harmony that creates the beautiful photographs we’re so fascinated by.

All photos courtesy of Daniel A – Art Director