Beauty is in the Eye of the Beholder: Mlawwan Colors Kids’ Lives! 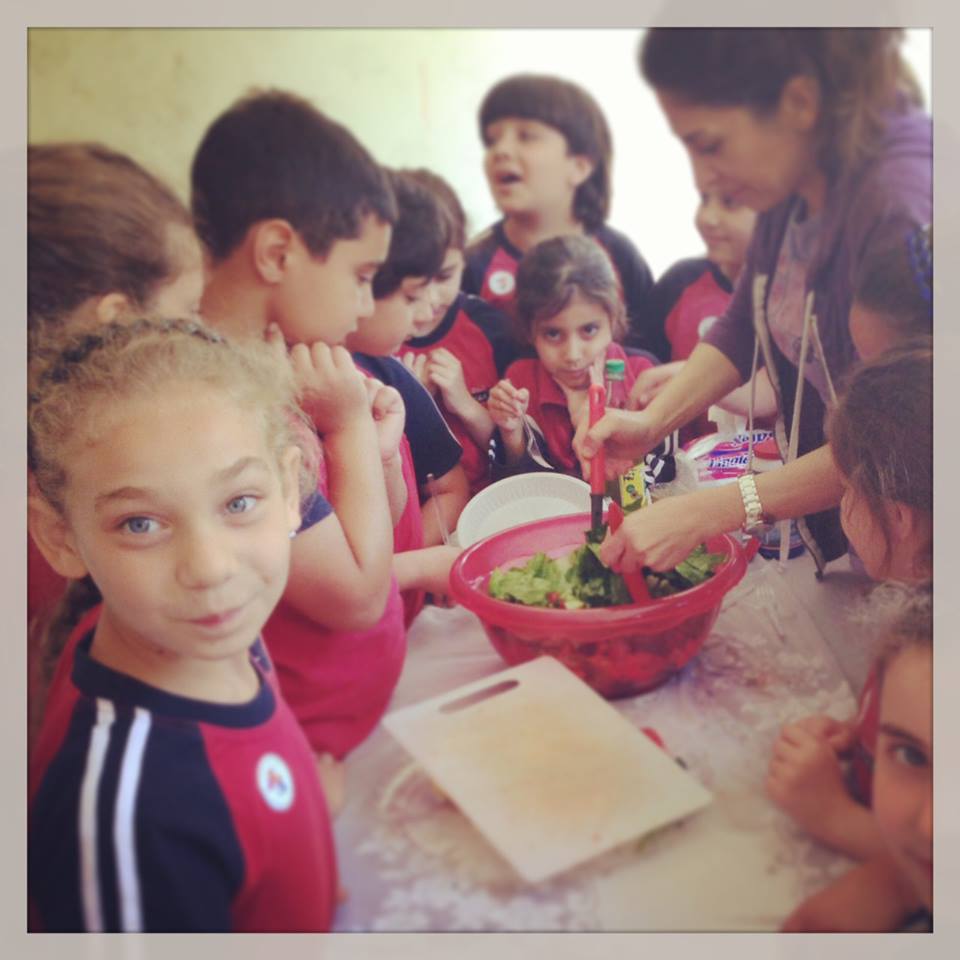 Back in the day kids had independence. They went outside to play, and in the process stayed fit and out of their parent’s hair. But times they are a changin’ and so are habits. Now many parents feel it’s unsafe for kids to now play outside. There’s more cars on the streets, more buildings and much less green spaces, as well as security issues.

The solution to that problem has been to give kids TV and video games and let them entertain themselves at home, or to take them out to largely expensive private activity centers, playgrounds and resorts that are becoming more and more difficult to afford. The outcome is that kids are becoming inactive homebodies and parents’ wallets are being drained.

But there’s a new solution in town and it’s a colorful campaign that promotes a way of life closer to that which was led by the older generations. Mlawwan is a campaign that aims to educate kids on the idea of healthy living, healthy eating, active movement, politeness, and more. And the best part is that it’s completely free. 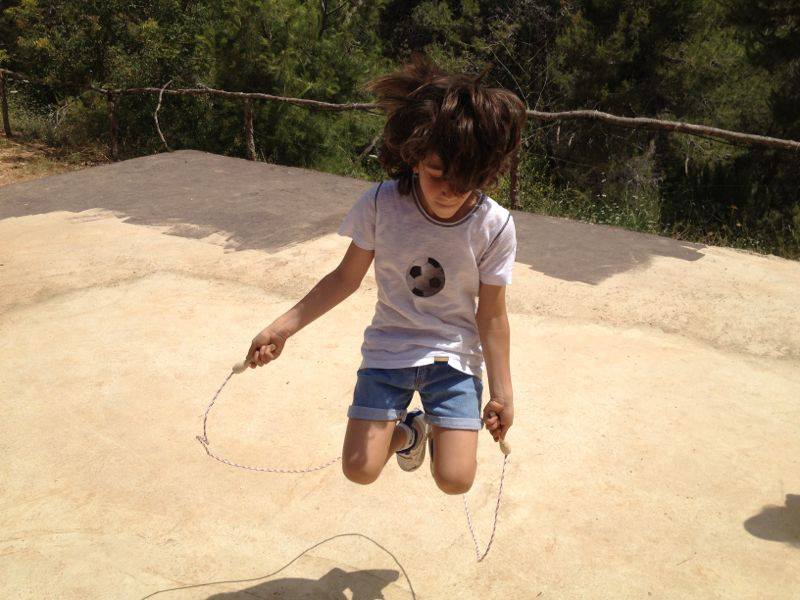 The program is the brainchild of Nassib Naimy, who was previously obese and has since reformed his life. He didn’t want his own son to follow in his formerly unhealthy footsteps and wanted him to live a healthy lifestyle. Noticing the drastic childhood obesity in the US and the Gulf where he previously lived, Nassib thought Lebanon was in a better state. Much to his surprise (and my own) with further research from the AUBMC, he discovered that while the state of obesity, especially among children, in Lebanon was not as bad as that in other countries, it was much worse than he had expected and on the way to deteriorating further.

Nassib also discovered that economics was a major reason for this. He explained that nowadays many families have two working parents, barely making ends meet. “They don’t have resources to go to fancy, expensive activities,” he says. He also adds that while junk food used to be luxury, now it’s the available cheaper and quicker option for food, and a lot of times it’s not doing them any good.

“Kids don’t have the independence we had when we were kids. They don’t go play outside on the streets, they need play dates, and to be attended to. If the parents don’t have the time or resources they end up at home,” Nassib says. 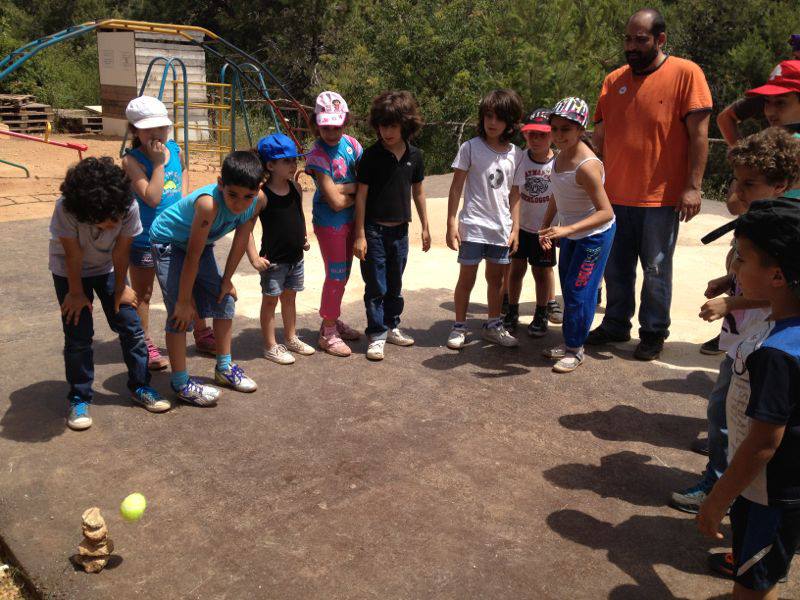 All these reasons, as well as others, are why we now have increased diabetes, obesity, or we are just simply leading unhealthy lifestyles, says Nassib. So he began Mlwwan, a healthy lifestyle awareness campaign to try to encourage healthy living for kids. It happens twice a year and works in two ways: first, by going to schools to bring shows and workshops to kids, and second by organizing family activities outside of school that serve as an example of what these families can do on their own time the rest of the year.

The first campaign was held in December and the second is currently going on. They organize trips outside the city to beautiful mountain areas like Sannine, to get the kids to see, understand and appreciate nature. While there, they introduce them to old games that many of their parents played as kids prior to the digital age. Kids also go flower picking, but are only allowed to pick three items, and an expert explains about each plant on the path. This conserves nature and brightens their minds. Mlawwan also organizes picnics and brings experts along to explain nutrition to the parents who had prepared the picnic baskets. They’ve organized several cooking workshops to explain to kids (and their parents) how to cook healthy, quick meals at home. The group also distribute apples on the streets of Beirut (in a safe way of course) to encourage healthy snacking. Plus there’s engaging children’s plays and story-tellers to improve children’s imaginations. 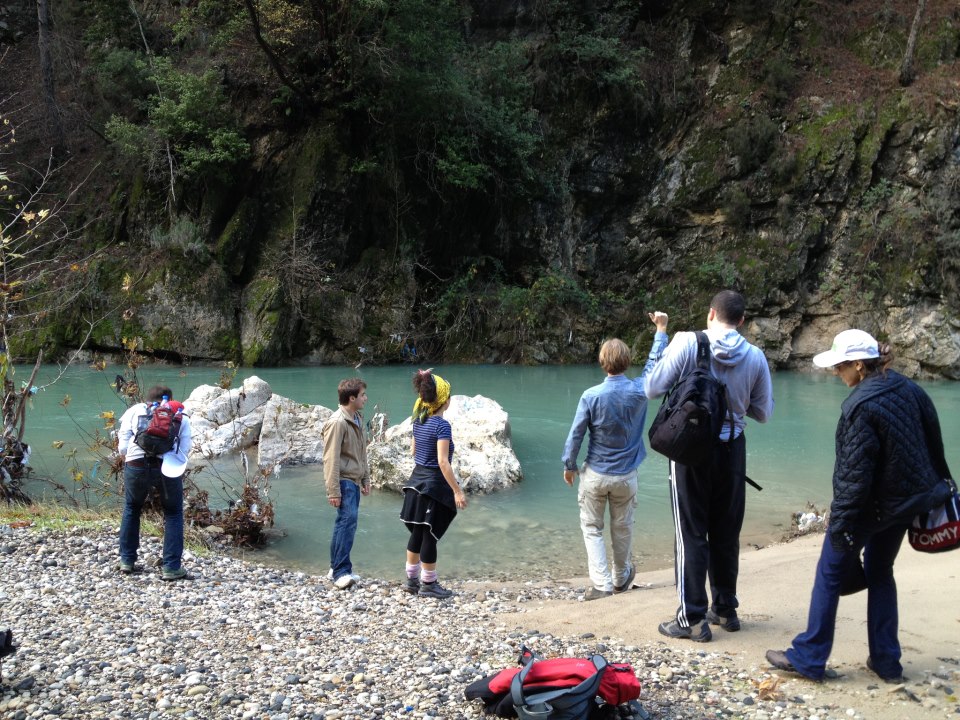 Nassib says, “These events speak to the families and are there to directly and indirectly encourage and promote healthy food, movement, environment, manners, security and more. We believe healthy living is very diverse and it has to do with all these things.” Nassib is careful to say they are not trying to lecture parents, but just want to serve as a reminder for them to step back and be creative with their kids. “Lead a healthy lifestyle, use old games, go on picnics, to the public beach, just park the car and walk around. It’s not just about the expensive resorts, get creative!

Mlawan visits and works with 15 schools per campaign to bring these activities and ideas to kids, giving them the chance to have fun while learning something new and planting the seeds of healthy life choices. 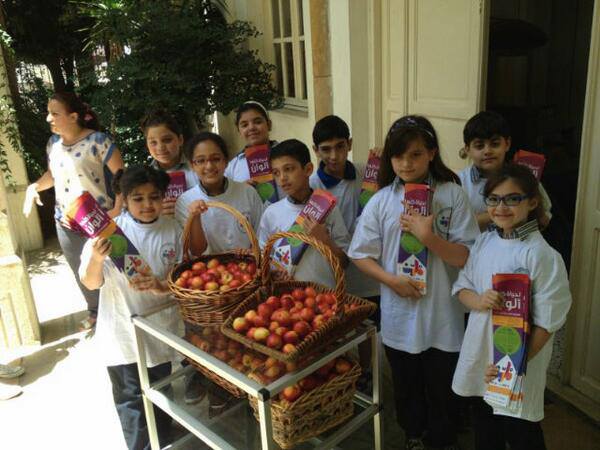 They’re working with the American University of Beirut Medical Center, and the AUB Wellness Program, which also aims to promote healthy lifestyles within the AUB community and outside of it. Mlawwan is also partnering with NGOs such as Zamanuna, Terre Liban and Kunhadi to work on common goals. Together with Kunhadi they are organizing activities to encourage politeness, the core element of future good, road-sign-obeying drivers. One of their activities is visits to the Reserve Baabda, part of Terre Liban, who are currently working on battling against a highway project that is set to run directly through the forest. Nassib says it’s “important to maintain green spaces, to keep places for our kids to be able to play and move, to see animals and flowers, especially because of the increasing number of cars and buildings in the city.”

This second campaign has been running since the end of May and will continue until June 16. So far the turnout has been great, marking great progress since the last campaign in December. There’s still several activities in which you can take part. One of the highlights is on Friday June 14, when there’s a Pedimax Healthy Stroll starting from Ain ElMraisseh to the Military Beach, a “movement to create movement” as well as several other events.

“We need all the support that we can get, moral, technical or financial,” says Nassib, adding that, that’s why they believe in progressing slowly but surely. “We’re not saying we’re going to change the world, just slowly moving towards action that is tangible and that will affect the future and health of our kids,” he says. 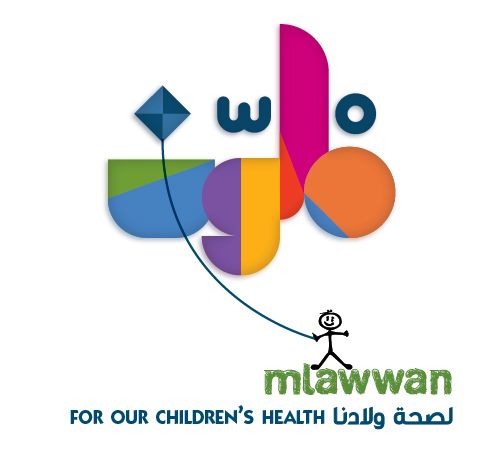 What’s in store for Mlawwan? They’ll continue with a third campaign in the fall, but beyond having awareness campaigns they want to get really active. “We want to evolve into action and make a tangible change, not only hope that something will happen,” Nassib says. One upcoming project involves working with school canteens on creating foods that are healthy for kids to eat during school. Through their work in schools, they found a lot of cafeterias sell to children foods that are cheap but really unhealthy. “The future of Mlwaan is working on creating the right model for a canteen, which would make it possible for the consumer (the child) to eat healthy, and the seller to maintain a profit,” explains Nassib.

Kids learn how to use phones, tablets and computers in the first couple years of their lives, and while these things are great in many ways for their development, there are also drawbacks. Kids who play video games, do so at the expense of running around outside. Watching TV and resorting to technology for all entertainment makes kids sit around for most of the day. Meanwhile their parents are often too busy to cook something healthy and look for help with food options at often-unhealthy fast food joints. It’s no one’s fault but that’s what life has become for a lot of people. The result? Kids who are glued to screens, not moving, and often eating things that aren’t that good for them.

The solution is not an easy thing to do but an effort needs to be made. Mlawwan is teaching kids good, healthy habits, and their parents to be more proactive about what their kids do for entertainment, to take them out for simple, inexpensive activities, to play outside, and encourage and help them to eat healthier.

Mlawwan is leading by example, showing families very specific things they can do to have healthier lives and prevent potential health risks. It’s another beautiful initiative that serves to help our youth, and their families get back to simple, healthy, and happy lifestyles together. We’ve got to start somewhere and this is an incredible effort to try to bring our kids back to the basics… not to mention we could learn a few things too!

Check out Mlawwan on Facebook and their schedule of events below: 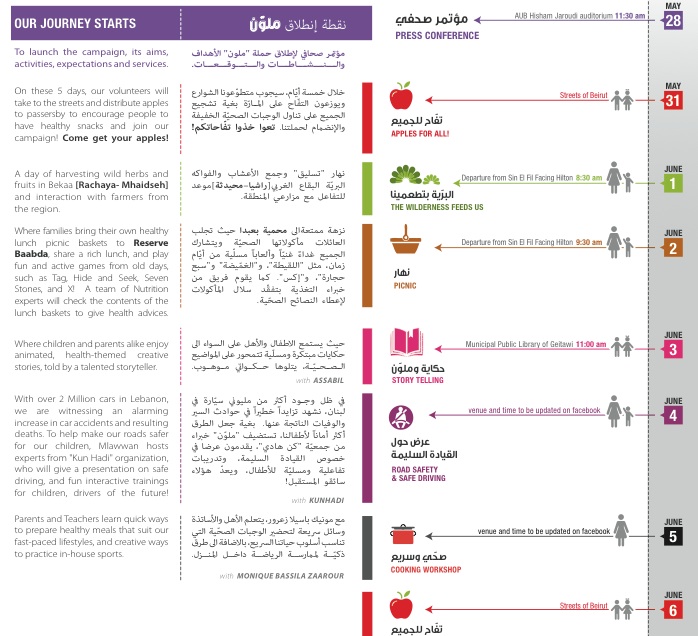 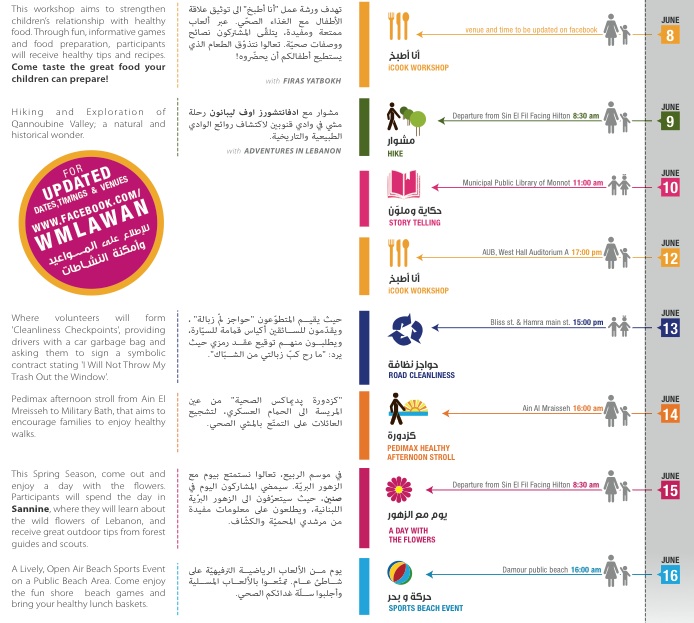