Beat Factory with Sari at B018 Tomorrow! 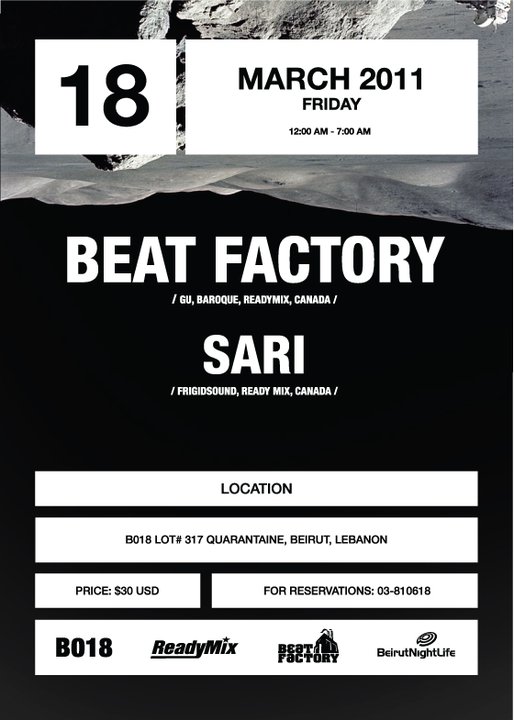 Creator of Read Mix Records, Adel Ghandour aka BiG AL is one half of Beat Factory. The other half is his partner Levente Szabó aka Human8, and together they have formed an infectious concoction of beautiful House music, featured on world-class compilations like Global Underground’s Summer Selection, Nick Warren’s Balance 018, Baroque’s Miami 2011 Compilation and Club B018 CD Series Vol 1.

This is the first collaboration in Beirut, and BiG AL promises us it is the beginning of many more joint projects and Beat Factory anthems and originals.

Make sure you’re at B018 tomorrow at Midnight to witness this intoxicating combination of quality avant-garde and underground House music with B018 favorite BiG AL and his partner in crime, Human8.