Anthony Maalouf: Redefining the Meaning of 3-4 star Hotels in Lebanon 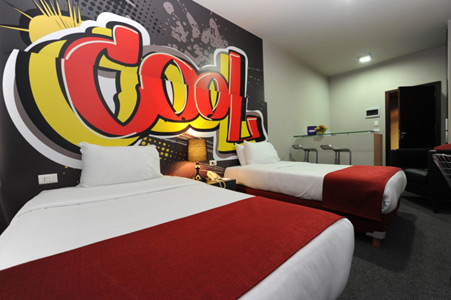 We have all stopped at one point in our lives to have a latte at the first Casper & Gambini’s (C&G) – Yes, especially the one that used to be in Downtown. That place was unique in many ways. Friends met and mingled and enjoyed the outdoors of beautiful Beirut. It created a whole new meaning to concept of coffee shops in Lebanon. Anthony Maalouf is the man behind C&G, and Ant Ventures is the name of the company that holds the concept among other prosperous projects. We learn more about his plans and how he has been working on changing the way people perceive 3 and 4 star hotels. 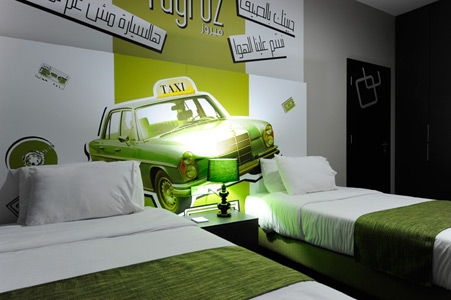 We have heard about restaurants and expansions… from Ant Ventures – can you tell us about your next big thing?

In Lebanon, we recently opened Casper & Gambini’s in Saida Mall and on a regional level, in Qatar’s Landmark Mall. 2011 will witness the opening of C&G in Damascus, Khartoum, Bahrain and hopefully Europe. Eatalian, From The Tree Juice Bar, and Falafel Nadia as well will expand in Saudi Arabia, Kuwait, Egypt and Jordan.

We have one new addition to the line of Ant Ventures concepts and it will be launched in Ashrafieh, Lebanon towards March 2011. The new concept will introduce a new, unique offering to the Lebanese market.

Tell us about the hotel, 35 Rooms. The concept behind it…

We wanted to redefine the 3-4 star hotel categories by introducing a stylish and trendy hotel chain. 35 rooms is the perfect mix of comfort and originality, offering a trendy and personalized approach for both short and long terms stays. The hotel stands out with its sleek design, professional service and friendly staff.
The uniqueness of the hotel is reflected through graphical elements and welcoming colors in the hallways as well as vibrant designs in the rooms. Each room is characterized with its own style, adding flare and personalization to both short and
long-term stays. 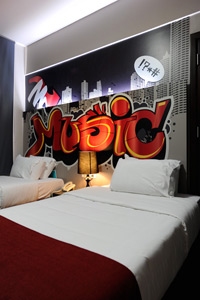 Why have you started in Hamra?

Hamra is in the heart of Beirut and is located 5km the Airport and 2km from downtown. Hamra Street itself is also very vibrant and our guests are at a walking distance from a multitude of attractions; from restaurants, cafés and pubs to shops, universities and museums.

Who do you cater to?

How is it unique?

The uniqueness of the hotel is reflected through graphical elements and welcoming colors in the hallways as well as vibrant designs in the rooms. Each room is characterized with its own style, adding flare and personalization to the guest’s stay. The F&B is catered by Casper & Gambini’s.

What’s the plan for it?

We plan to build on the positive feedback we got till now by looking for strategic locations to expand further in Lebanon and in the region. Our aim is to open a number of 3-4 star hotels that offer a different and unique offering & service

Would you have another branch in Lebanon?

For sure, but it will all depend on finalizing the right deal and location. 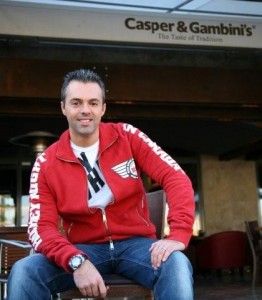 You have outlets in many countries, how would you rate Lebanon in terms of entertainment facilities?

Lebanon is unique because of its mixed culture, its openness, and its people’s love for socializing / entertainment. It should be noted that some or most regional countries are limited in their entertainment facilities (because of religious laws). Lebanon offers a larger variety of options including pubs/nightclubs, cinemas, beach resorts, and many other locations, not to forget its touristic sites.

What’s the biggest problem in tourism in your opinion… other than stability of course?

Generally speaking, that’s the main obstacle. The instability which results from the political chaos in this country; and what happens on a daily basis can affect tourism and business in general.

What have you learned in this domain throughout the years?

What works and what doesn’t work in your opinion?

There are many trends that pop out in the market, some fail and some succeed. Again, people play an important role in defining 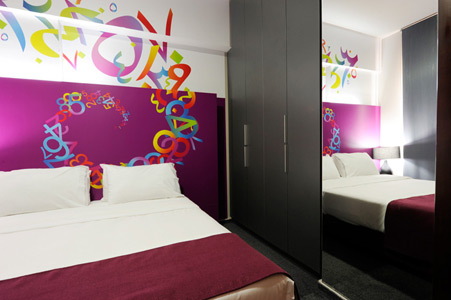 the success and failure of a concept, but consistent quality, taste and delivering on your promise are also major contributors.

Tell us about Anthony Maalouf, what you believe in?

On the business level, setting trends and innovation with risk taking are keys to success. I always believe that goals will be achieved when approached with hard work, persistence and determination. While on a personal level, I believe in the power of being positive and making the best out of every situation. Dream Big!

Launching a new non F&B concept which falls under the well being of the human being.