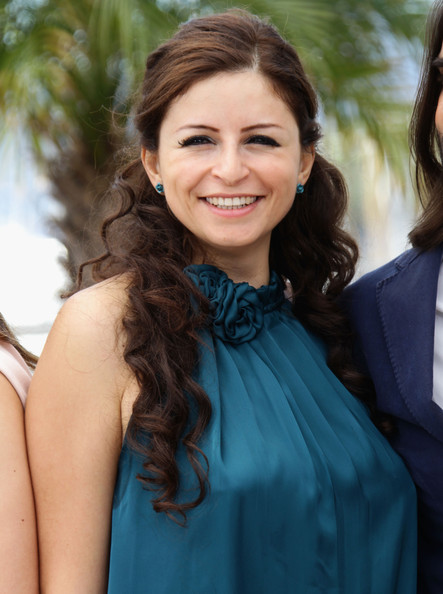 It seems as though actresses are sprouting up out of nowhere in Lebanon, which to me makes it easy to spot the true talents like the darling Anjo Rihane. With a Visual Arts Degree under her belt Anjo began teaching Drama and Visual arts, in the year 2000. Soon after, Anjo set her sights on acting. She attended the Drama and Theater faculty at the Lebanese University (Institute of Fine Arts) and at the beginning of 2005 Anjo became the actress she wanted to be. Anjo landed many roles on several Lebanese drama series, plays, and talk shows as well as featured films. You know Anjo Rihane from her roles in popular works such as, “Hala La Wen?”, “Taht el Assef”, “Majnoun Leila”, “Khedna Bhelmak”, “Layli Layltak”, most recently the very popular “Ma Fi Metlo” and so much more. The sweet and beautiful Anjo Rihane checked in with BeirutNightLife.com to give us the inside scoop on her career. 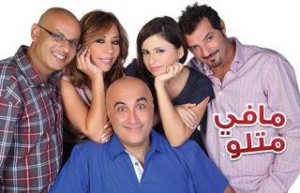 As one of the renowned comedians in Lebanon, where does Anjo Rihane get her inspiration?

Mostly from life, from the people I see and meet. From legends like Ziad Rahbani because of  his music and witty lyrics, Soad Hosni one of my personal favorite stars, Georges Khabbaz, Zeina Daccache and Gad el Maleh.

How did you start your acting career, and why did you choose the comedy style?

Growing up I always wanted to be an actress but I didn’t really choose the comedy style, it chose me 😉 It started with the play “Vagina Monologue”, that eventually led to “Layli laylaltak” this got me a place among the crew of “Mafi Metlo”. People responded well to the comedy style but I also did some drama parts like in the feature film “Where Do We Go Now” by Nadine Labaki.

You are taking part now with the hit show (Ma fi Metlo), how is this show boosting your career? 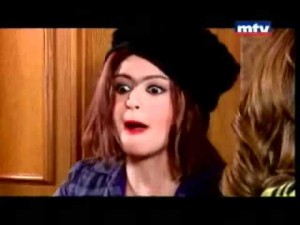 Ma fi Metlo is based on making people laugh. The main thing is through this show I have the opportunity to make people laugh with my style and my characters. So this is what is helping in my career, especially because I am enjoying what I am doing on the show.

How does Anjo rate the acting scene in Lebanon? Including Comedy, Drama, Directing etc…

These last few years there has been a lot of improvement yet it is not enough to be considered very good. Sometimes sitcoms tend to make you cry and drama series make you laugh. The good thing is that there is more and more competition between the feature films, which means more production in cinema and the level is getting better bit by bit…

Where do you see yourself in five years? (Career wise)

Still acting, hopefully enjoying it as always and for a long long time to come.

What are your near future plans?

A sitcom called “Ghazel el Banet”, it’s about 4 ladies trying to survive in the city. The script is very light and funny, so we are hoping that it will draw the attention of the audience. We are now preparing for the second season.

Have you thought in moving into Drama?

Actually I have been there and done that. I played Lamia in “Chahroura Sabah”, Fatmeh in “Where Do We Go Now”, “Majnoun layla”, “Khadimat el Kasr” and many others.

What is Anjo’s Message to Lebanon?

Let’s become a laic country and separate religion from politics.

So there you have it, a look into the personal life of the very lovely and talented Anjo Rihane…

Keep your computer screens logged into BeirutNightLife.com for more One On One interviews!