All Seeing Owl: Children On Sale! 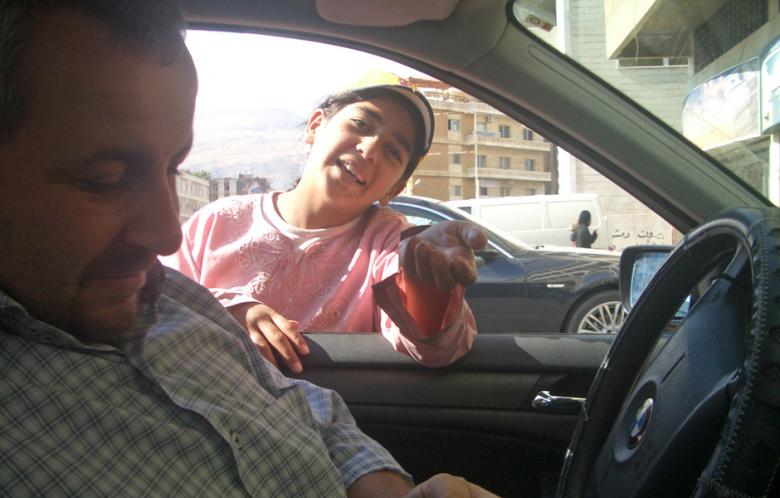 We are the all-seeing owl. An omni-retina that locates and exposes the rock bottom state that the people in our country have reached, the abducted rights, the abused privileges and above all, the forever declining sense of humanity

Tolerance and patience are two very subjective concepts. Their variables are directly related to many factors surrounding each and every person. I’ve always considered myself a very systematic yet tolerant person. However, same as each and everyone of you, i have some “eject” buttons that would unleash a brutal wrath upon this decadent and abusive mankind.

One of those “eject” buttons would be seeing a child or a group or children, aged not more then 7 years old, on the streets of Hamra and Gemmayzeh and Mar Mkhayel, to name a few, after midnight, selling flowers or begging or even shoplifting. All of that in front of the police forces that roam the places looking for a bar to fine for violating the infamous smoking ban law, or even better, to fix it with the bar owner from under the table and “between them”. Can you blame them? It’s profitable!

While those kids spend their nights doing what they do best, making money for a dad that sees them as allocated assets that generate income, and like every asset, they can be let, sold, borrowed, and bundled for a better price and eventually, liquidated; while they spend their nights on the streets, their “boss” would come and pick them up at the early morning hours to clean them dry from all the loot they managed to gather.

Now i’m not going to go and blabber nonsence talk about the parental emotions and so on, since I strongly believe that just because you biologically gave birth to a human  being doesn’t make you human. For those are the vermin of the earth, the epitome of low, the reason this “boumeh“ will keep on howling for a better community.

What happened to the law that states that every child is entitled to a proper education in a healthy system? Where is the Ministry Of Social Affairs that never make a move to solve this ever declining matter?

Where is the Ministry Of Interior and its police forces that wouldn’t take action and arrest those slave traders, known to every face in the country, and prosecute them?

What does it take for all those authorities to take action? It took a building in Ashrafieh that collapsed and killed most of its innocent residents, for the authorities to remove a seriously hazardous bridge.

Should we always wait for a disaster in order to try and fix another one? Doesn’t the concept “precautious measures” ring a bell?

Do we need for a true tragedy to happen to some of those kids so that you act properly and do the right thing?

Too many questions to be answered and dealt with. But one question i always ask myself; What can i do today to become a better person tomorrow?

I leave that to you fellow owls, because this “boumeh“ is too raged to think on this by himself.

Newer Post Ignite The Night: Lebanon’s To Do List May 2nd – 8th
Older PostBeirut Circle Latest Partners and offers May 2013