AKON is Days Away From Blowing Beirut Away! 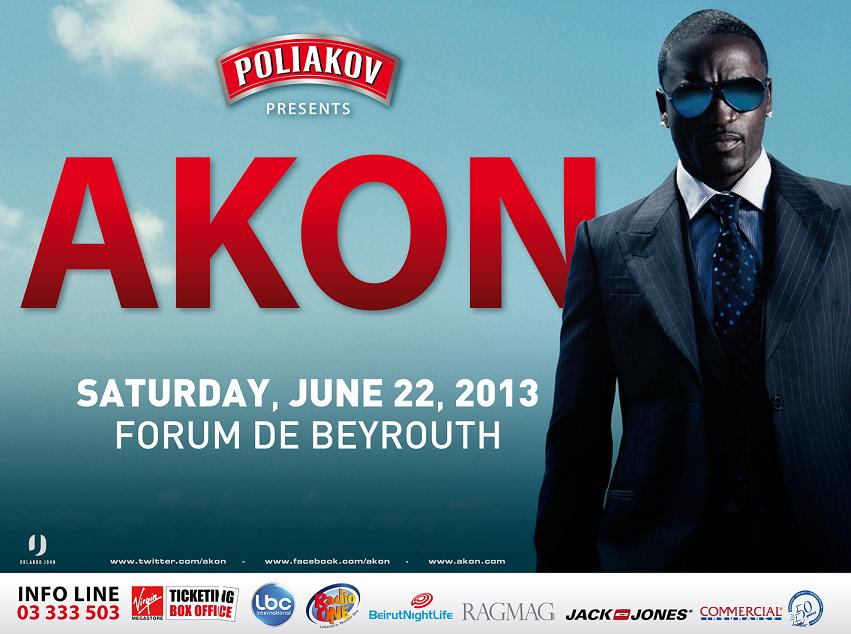 It’s only days away, ARE YOU READY!!!!!?? The biggest and only RnB event of the summer is this weekend. On June 22 get ready to party with AKON! One of world’s greatest RnB artists and performs will be live in Lebanon, for not only a concert, but a massive bash that’s going to blow your mind. The superstar will be hosting the concert at Forum de Beyrouth for the third time in Lebanon, and it’s going to be bigger than ever!

His previous concerts have gathered more than 20,000 fans so you know it’s going to be HUGE. Organized by Poliakov Vodka, the AKON concert will include a massive stage, visual shows with lasers, LED video walls, pyrotechnics, DJs, dancers, giveaways, Akon’s own band his DJ and a lot of surprises. Around the world his concerts are always sell-out extravaganzas with party vibes.

Doors will open at 8 PM and the opening set will feature Radio One DJs Josh and Easy B, followed by Akon’s DJ Benny-Demus to warm up the atmosphere before Akon himself takes the stage to perform a set from his massive chart-topping hits like Right Now (Na Na Na), Beautiful, Troublemaker, Smack That, I Wanna Love You, Locked Up, Sorry Blame it on Me, I’m So Paid, Don’t Matter, and countless others. Add to that his new hits from the past month “Change Comes” with David Guetta, “That Na Na” and “Play Hard” (with David Guetta and Ne-Yo).

It’s definitely the RnB event of the year! It’ll blow you away so don’t miss it and BeirutNightLife.com will see you there for all the fun!