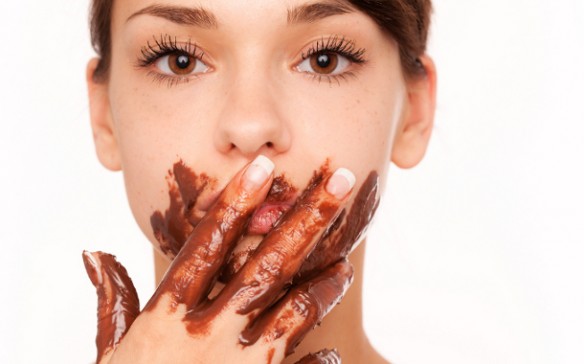 Sometimes they’re bad for you, maybe they’re embarrassing or you’d just never publicly admit you do them, but you can’t help but indulge in a few guilty pleasures! They’re the habits you feel guilty for but also really enjoy. We’ve compiled a few of Beirut’s most common guilty pleasures… now spill and tell us all about yours.

1 Magazines at the hairdresser

This is the best part of going to get your hair done. Pretty hairdos or not, you need to find out if your picture made it into the magazine, who was at club X or went to So and So’s wedding. And the gossip. Is that an interview with the latest pop star? WHO HAS THE LATEST ISSUE, THIS IS LAST MONTH’S COPY! Hand it over lady getting highlights!

You try to resist. You huff and you puff. You’d rather be hanging out with your friends at a cool urban brunch or frying in the sun, but your uncle is here from Australia and your teta misses you so you’re forced to go. Once you’re there though, it’s time to indulge from midday till sunset in a feast that your eyes have never seen before (at least not since the last family lunch). Sahtein!

3 Checking in at “prestige” locations

You act like you don’t care but when your nosy neighbor starts spilling all the building residents’ secrets it can be quite intriguing. This is the time to find out from the snoop about who’s been coming in and out of the building, if anyone’s dating someone new, or other local drama and gossip.

5 Fireworks on the street

This is a horribly unsafe guilty pleasure that is sadly all too common in Lebanon. STOP DOING THIS! IT’S NOT SAFE AND CAUSES FIRES! AND THE POOR FIREMEN OF LEBANON CANNOT KEEP UP WITH ALL THE CALLS ON MAJOR HOLIDAYS AND SAINT DAYS. Mar Charbel would not have wanted you to set the neighborhood on fire. And sometimes it’s hard to tell if it’s even fireworks… maybe it’s gunfire? Are any politicians giving a speech?

There’s something about Lebanese men and women that just loves gold. We cover ourselves with it and wear clothing and shoes to match too. It’s way to shiny and verges on vulgar but we love our gold and it’s here to stay!

7 Conversations in the service

No one really likes those old run-down cars that cause traffic and rip you off at every chance, but the stories you collect from ridding in them can be gold. We all have a few gems that these ancient road-raged men have shared with us.

8 Everything originated in Lebanon

Many of us seem to have a habit of claiming that everything and everyone is originally from Lebanon. Carlos Slim, Shakira, and Salma Hayek are our distant cousins. We invented the alphabet and civilization and all the foods worth eating and all inventions worth having. We do have a very rich history but not everything in the world came from our tiny little land.

Skidding and ignoring traffic lights is another unfortunate and disastrous habit some people have. DON’T DO THIS. The Lebanese are notorious for not respecting traffic laws but when it comes to putting lives in danger, they need to get their acts together because enough is enough.

Perhaps the guiltiest of all pleasures is using this magic word as a way to stall. Lebanese time is not on the clock and we are late for everything. “Bokra” might mean tomorrow. Or the day after. Or next year. No one really knows, but it will happen, InshAllah.

It’s not your fault it was hot last night and your window is open and they are arguing on the floor just above you and you can hear everything. The gossip is salacious.

You may or may not admit it but there’s always an embarrassingly cheesy Arabic song that comes on at a wedding or a party and you can’t help but dance (or at least tap your foot a little bit). Go ahead, sway those hips.

These delicious two are such staple Lebanese foods that Lebanese designer Sarah’s Bag has made handbags replicating the two food items. They are probably the best Lebanese breakfast combo, and we can never have enough.

No one wants to be seen doing this, but everyone does it. Circa April, when it’s sunny enough to tan but not yet socially acceptable to go to the beach (unless you are a Sporting Club regular) you get out your crappiest bathing suit and try to find a spot on even the tiniest balcony where the neighbors can’t see you. This is all done for a good cause: to avoid ghost sightings at the beach once the season officially starts and you can show up at the beach already bronzed.

Recently “Hareem al Sultan” became a national obsession, as are the annual New Year’s fortune-telling shows and other TV pop-culture phenomena. The entire country talks about these shows so you’d better get with the program.

Admittedly, we have a lot to complain about. With a lack of basic necessities like water, electricity and ruling bodies, there is always a reason to throw your hands in the air in despair. But the Lebanese have turned complaining into an art and wherever a few meet to share their daily frustrations, more gather and the session never ends. If only we had as much energy to actually do something about some of these issues.

Barbar during the day is just fine, but hardcore grilled meats after a night out clubbing is the definition of a guilty pleasure. It’s probably way to heavy for your stomach at that time of night, but man is it good! Mmmmmmm.

18 Abu Arab on the way to everywhere

You don’t just go on a road trip and not stop at Abu Arab. There’s one on every main road and EVERYONE knows exactly where. Run in, ask for your favorite combination of cheeses and spices and get ready to vacuum the car tomorrow.

Single? Wondering when you’ll get married? Bored? Out of luck? Love coffee? All valid reasons to visit a coffee fortune teller and pay an old lady (or young gentleman) to tell you all the lies you’re dying to hear.

Many of us love sweets indiscriminately, but there’s something about our local Lebanese snacks that’s just nostalgically delicious! The main guilty pleasure is the gooey chocolate-coated Tarboosh, but lots of other yummy treats, from holiday maamoul to sfouf and znoud elsit, that we can never get enough of!

You can say the F word all you want in English but something is missing. There’s just something about cursing in Arabic that feels satisfying. We may not (always) do it in public but it’s a pleasure we love behind closed doors (sometimes car doors).

You are not allowed to visit Dubai and not take a picture kissing those dolphins that everyone kisses. And since the entire Lebanese population has relatives and/or friends in Dubai, there is 100% chance you will go there at least once in your life. TAKE THE PICTURE. And a picture doesn’t exist unless it ends up on social media. Do it.

Newer Post BeirutNightLife.com Brings You the Official Lebanese Top 20 the Week of September 14, 2014
Older PostLady Gaga Sings to her Little Monsters in Dubai!