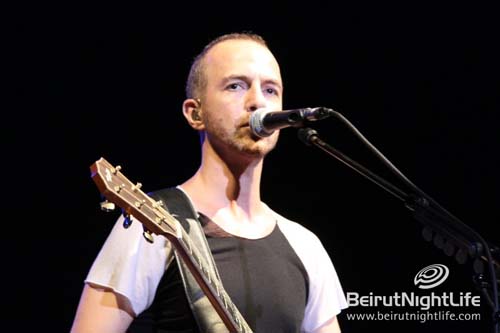 Calogero, described as the emotional singer/composer who has touched the hearts of the French people, suceeded in touching the hearts of crowds that gathered around for his concert as part of Zouk Interntional Festival 2010.  His moving lyrics and delicate voice made the concert a unique event.

Calogero‘s career was launched as a solo artist following important collaborations with already popular artists such as Zazie and Pascal Obispo. Calogero describes his own musical style as “pop rock”. Between his first solo album and his last tour, the musical style evolved significantly to a more percussive rock, and he has also said that his fourth album, Pomme C, had the closest sound to him.