A Wonderful Chocolaty Evening at The Four Seasons Beirut 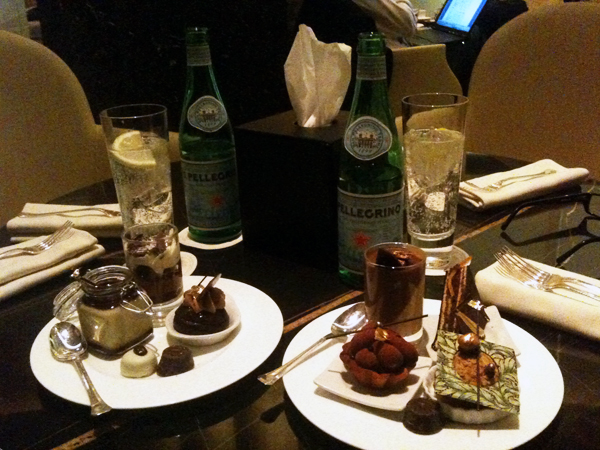 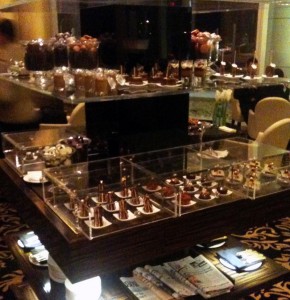 The evening started off with a full buffet of chocolate! With so many choices I hardly knew where to begin. Lucky I didn’t have dinner, which allowed me to pack my plate. Soft truffles, fluffy chocolate cream puffs, lovely decorated chocolate tarts filled with fruit, creme caramel covered in rich chocolate, rich fudge cakes, 4 layer chocolate cake with coffee flavor fillings, creamy chocolate mousse with berries, and many more were on display ready to be savored. Are your stomaches rumbling yet? After tasting each dessert, the FSB gave us a special treat. A look inside…

The Four Seasons Beirut opened its kitchen doors for guests to get a look behind the scenes to see exactly how these delicacies are  prepared. Chef Charles Azar was all set for us in the kitchen, with a complete display to show us how the incredibly delicious FSB hot chocolate is prepared. I had no idea hot chocolate would take that much effort but chef Charles really makes it a liquid masterpiece. Hot milk was poured over a large amount of chocolate chucks, melting away the chocolate making the milk extremely rich. Chef Charles then pours the rich chocolate milk in cups covered in decorative chocolate swirls, giving each cup the perfect taste. Those who wanted hot chocolate with a kick were offered condiments such as cinnamon, vanilla or orange to added flavor. Guests also met Executive Chef Jean Carlo who added his 2 cents and expertise. 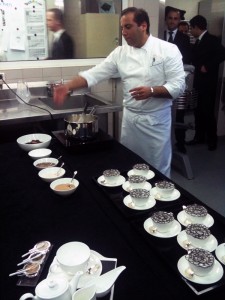 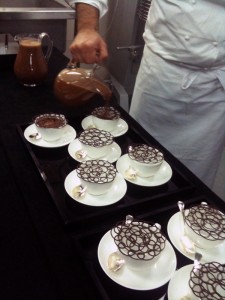 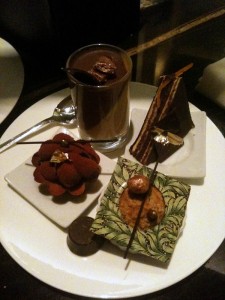 After the lovely demonstation, guests headed back down stairs to grab seconds and thirds from the chocolate buffet. Thank you Four Seasons Beirut for another lovely evening! 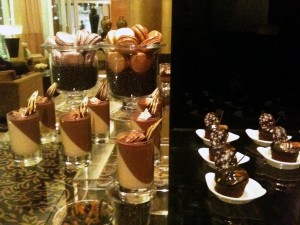 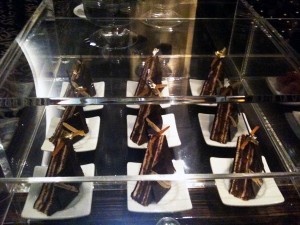