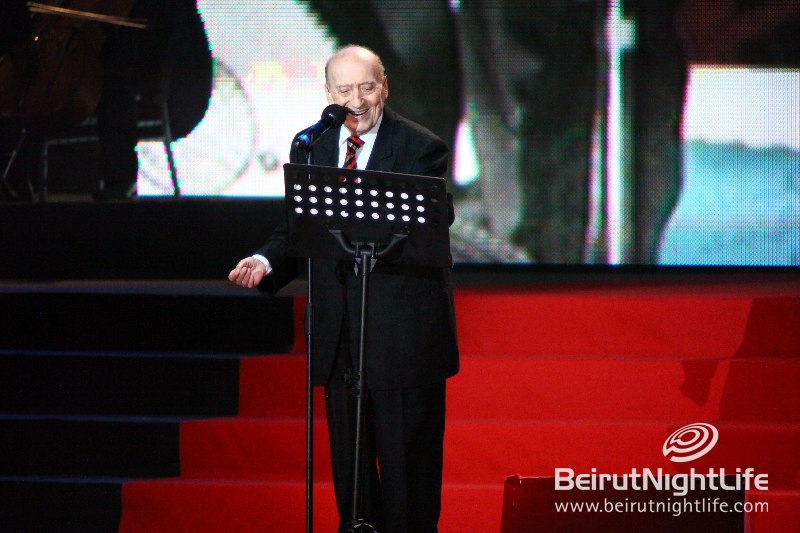 Byblos International Festival 2010 opening started with a tribute to the living Lebanese Legend Wadih El Safi. The event was attended by the Lebanese President H.E Michel Sulieman, a number of government officials and more then 5000 Lebanese and tourists various nationalities. The attendees enjoyed a unique moment with the “Voice of Lebanon” and listened to songs by Wadih el Safi as well as Najwa Karam and Wael Kfoury who took part in paying tribute to one of the creators of Lebanese music.

Wadih El Safi is a Lebanese singer, songwriter, and actor. He is a Lebanese cultural icon, and is often called the “Voice of Lebanon”. He started his artistic journey in 1938 at the early age of seventeen when he took part in a singing contest held by the Lebanese Broadcasting Network and was first among fifty other competitors. He was named then the first singer of Lebanon. 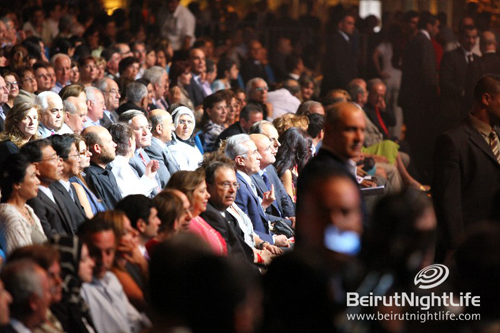