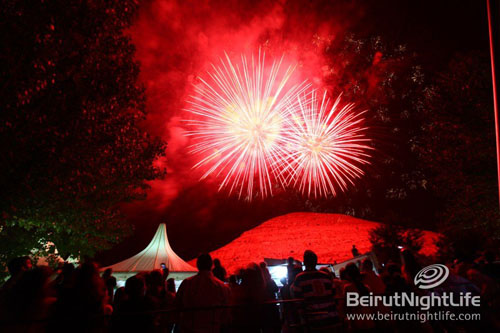 The usual portrait which people anticipate each year was the closing of the festivities. The fireworks lighted up the skies of Lebanon with a 25 minute fire show that would leave you speechless. The ending of the festival drew a the divine painting in the skies and the eyes of those who attended the fire show.