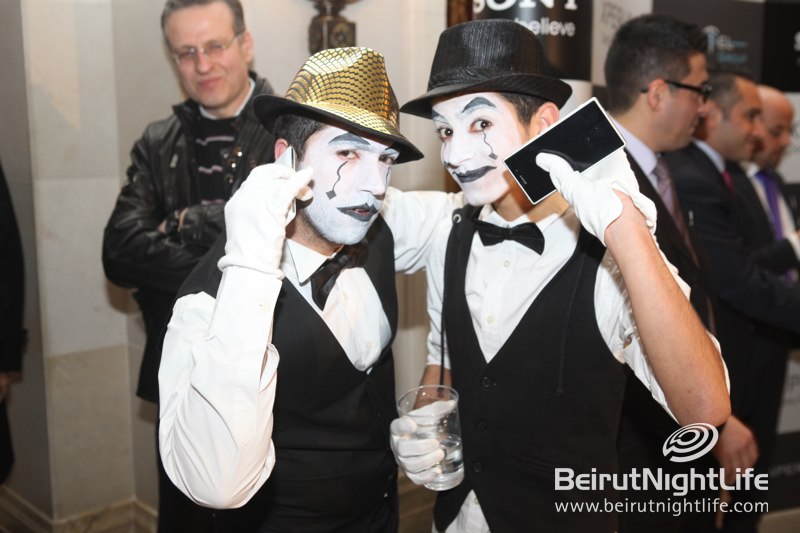 Sony Mobile Communications has launched a new partnership with the leading Lebanon distributor Expertel Group, under the patronage of His Excellency the Minister of Telecommunications Mr. Nicolas Sehnaoui. The momentous occasion was commemorated with an event, organized by Freeminds Advertising & Public Relations, at the Phoenicia Hotel on the 12th of December 2013.

The event was hosted by Mr. Zouhair Aboul Hosn, President of Expertel, where he praised the strength of the Sony brand in the region.

Mr. Elie Andraos, Channel Marketing Manager at Sony Mobile Communications, stated ’Sony Mobile is known to be a thought leader in the market and has grown from strength to strength in the last 12 months.” Mr. Andraos delivered the welcome note, which was followed by dinner and entertainment.

Spyros Gousetis, Director of Marketing MEA for Sony Mobile Communications said, “Today’s partnership is an integral step in Sony Mobile’s strategy to consolidate its position in existing and new markets in the Middle East and Levant. Lebanon has always been a strong market for Sony historically, and the new partnership with Expertel Group will help to build upon Sony Mobile’s strong reputation, along with Expertel’s expertise in this market to push growth and strengthen our market position.” He added, “The Lebanese consumers have always required the best, and with our latest line-up of smartphones, they will get the Best of Sony technology in the palm of their hand”.

The partnership further cements Sony Mobile Communications’ commitment to the region, through strategic partnerships and dedication to long-term relationships.