SHOUT “GRIME IS NOT A JOKE” at the Basement 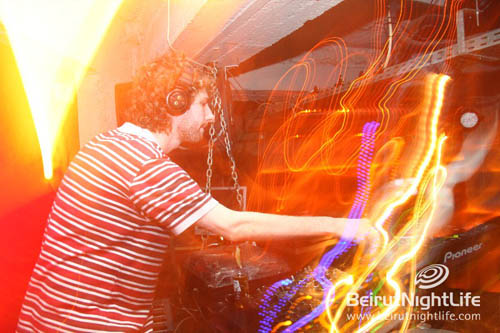 It was not an Aprils fool joke, it was not another night at the Basement…. The FIRST Dubstep party in Lebanon, with a line up of Dubstep DJs flying in from countries hosting the most relevant Dupstep cultures i.e London and Austria.
The sold out concert danced till morning on beats of Atomique constituted by Flo & Johnny Rocket & Tenchu both playing a large selection including their own productions and puting up front their own Label Dubious Records.
Dubstep DJs:
http://www.myspace.com/dubiouzrecords
http://www.myspace.com/dubstep
http://www.myspace.com/tenchudj
http://www.myspace.com/atomiquerocket
*GRIME is typified by complex 2-step breakbeats, generally around 140 beats per minute and constructed from “different” sounds. Stylistically, grime takes from many genres including UK Garage, dancehall and hip hop. The lyrics and music combine futuristic electronic elements and dark, guttural bass lines.