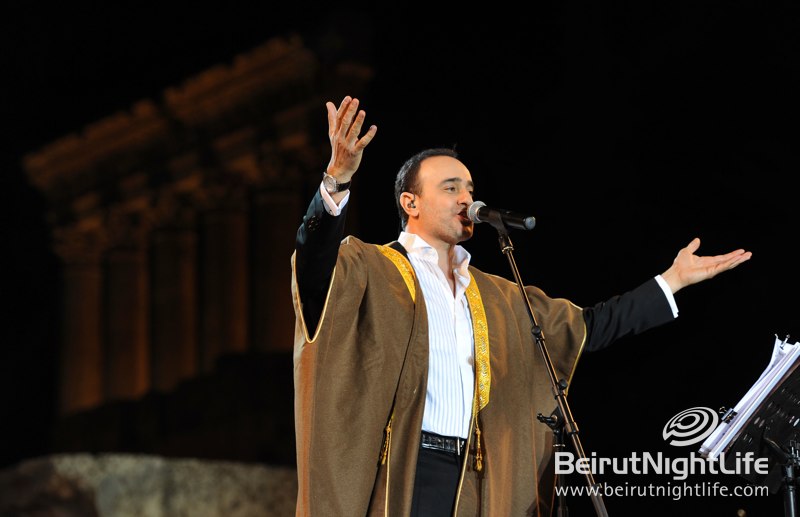 Fans from all over Lebanon and the Arab world gathered to enjoy a Tunisian breeze from the « Superstar of the Arabic Song» Saber Rebaï at Baalbeck International Festival 2012.

From the moment Saber stepped on to the stage, accompanied by a special band by the Hayakel Baalbek Folklore dancer, crowds kept singing along under amazing fire works and a perfect atmosphere in the City of the Sun “Baalbeck”. Saber sang some of his best as well as dedicating special songs to Baalbeck and to our beloved country Lebanon.

Saber Rebaï is an accomplished artist. Singer and songwriter, he composed music for several of his songs including «Wala Kelma », which was a huge success. He has toured the world but still loves performing in Lebanon.