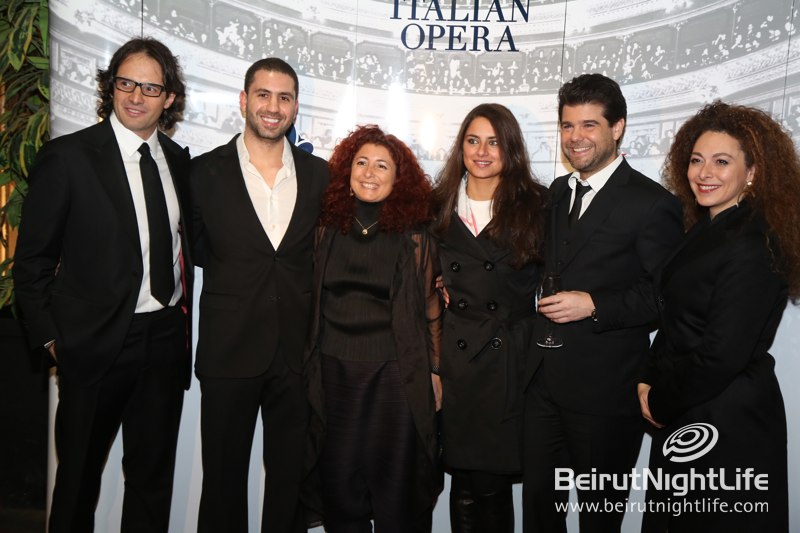 In celebration of opera’s momentous year in 2013, the iconic S.Pellegrino bottle debuted a Special Edition Luciano Pavarotti, on a night at Music Hall celebrating the greatest tenor of all time and the art form he changed forever. Invitees were treated to a quintessentially Italian night, which honored the country’s most famous exports, from the food to the music.

The Maestro brought Opera to the appreciative ears of a larger audience worldwide and exported the same joy of being Italian that S.Pellegrino communicates on the best tables of over 130 countries. S.Pellegrino and its still-water companion, AcquaPanna, share Luciano Pavarotti’s devotion to the ideals of Italian excellence, such as talent, passion, culture, togetherness, beauty. Like the two Italian waters, the radiant tenor acted as a worldwide ambassador of the Italian way of living, with his grand, yet simple approach to life, his conviviality and his authentic passion for people, life and above all, music.

During his career, the Maestro was invited to sing in the most important theatres in the world, in addition to giving spectacular open-air concerts and celebratory shows. Today, his name and influence live on through the Luciano Pavarotti Foundation, which was founded by his wife, Nicoletta Mantovani, after the Maestro’s passing. The Foundation operates with the double goal of keeping his memory alive and of supporting talented emerging singers who are keen to take their very first steps onto the opera scene.

It is this passion for talent scouting that the Pavarotti name continues to share with S.Pellegrino: just as the Maestro always paid close attention to young auditioning singers and took care to give singing lessons to deserving students, S.Pellegrino has always supported aspiring young chefs in the fine dining world.

Close to 300 guests and media were introduced to the Special Edition bottle, which kickstarted the uniquely Italian theme of the night. The celebration of Italy’s most iconic products continued with a tribute to Pavarotti and the legacy he left behind that will continue captivating generations, followed by an authentic Italian dinner. The distinguished tenor Tino Favazza, supported by two opera singers serenaded guests with a repertoire of the classics.

“This Limited Edition bottle represents a new and important landmark in the Italian Talents project, which S.Pellegrino launched in 2010,” says Luca Chioda, representative of S.Pellegrino of Beirut. “It is an honour for us to be able to celebrate Italian culture in Beirut, along with the strong, positive image of Italy that S.Pellegrino and AcquaPanna represent. ”

The exclusive Special Edition “S.Pellegrino celebrates Luciano Pavarotti” will temporarily replace the standard S.Pellegrino bottle in the most refined restaurants around the world for a grand total of 40 million bottles.