Running for a Cause: The 2012 Beirut International Marathon 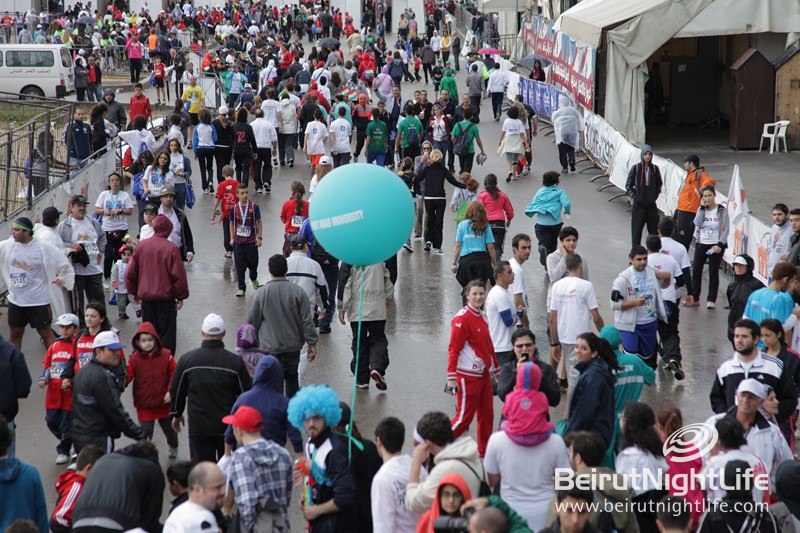 The annual Beirut Marathon was back in 2012, and as usual, a variety of races took place to satisfy all runners, whether old or young supporting a cause. Runners, families, organizations, companies and more picked up their running shoes and took part in this annual event under the rain in the streets of Beirut. Many were not running to win, but to participate, support and donate to a special cause and enjoy a lovely atmosphere.

The first Beirut Marathon was held in October 2003 with over 6,000 runners from 49 countries represented, and since then the Marathon was an annual active and a special event for Lebanon. Since 2011, the Beirut International Marathon has introduced the “Run for a Cause” program, to encourage participants to fundraise for a charity via the marathon. This year more than 10,000 contestants took part in the Beirut International Marathon. The event also included a mother and child run and a 3K race for MPs of any allegiance, as well as the United Nations peacekeeping personnel stationed in the country.