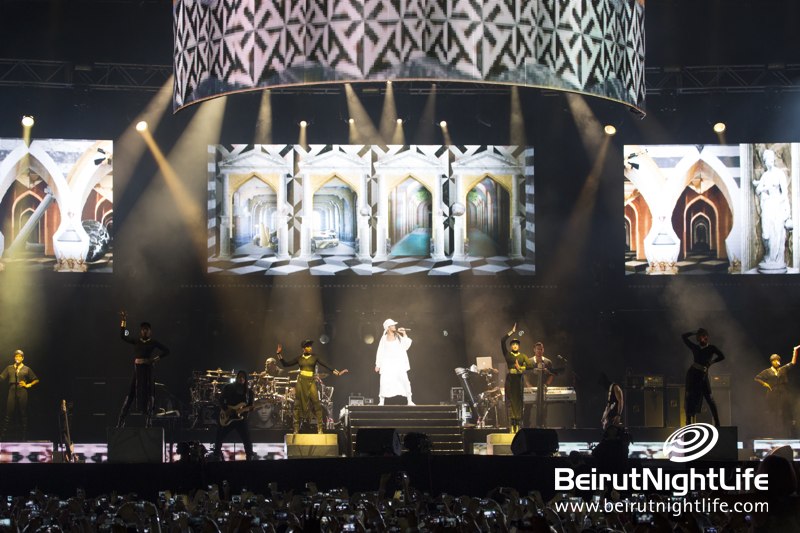 October 19, 2013 Over than 25,000 music and concert lovers headed to Du Arena Abu Dhabi for the Diamonds World Tour, Rihanna’s latest album and hit songs. As expected the international superstar’s show was more than entertaining, with the crowd enchanted alongside Rihanna throughout most of her songs. For the first time in the region, white wrist bands were given to everybody in the arena, and special blue lights came out at certain moments during the show – it was a really stunning view, making the arena shine like the stars shine in the sky. Yes, as Rihanna said, we are not yet to go back home, “Diamonds in the Sky” was the finale and the crowd was singing along with love and peace.