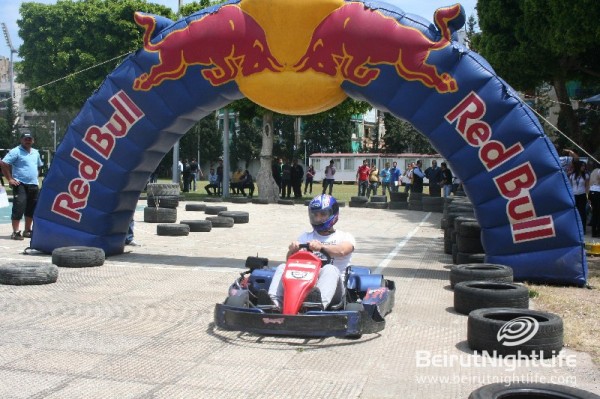 The sound of buzzing engines was what we heard all day long during the event “BEAT THE CHAMP” at BAU Beirut campus organized by the Red Bull team.

This event was the biggest ever held at the BAU Beirut campus with most of the students missing their classes to watch the drifting show of Dado that kept them astonished during the whole event.

The concept was to compete against the Red Bull Athlete in kart racing and try to break his record.

DJ Alterra was behind the decks spinning tunes alongside to MC Hassan Khalil who was pumping up the crowd and adding to the atmosphere of this motorsports event.

Newer Post The Biggest Neckerchief in the World Enters Guinness from Lebanon
Older PostThe Venue: Get Your Party On