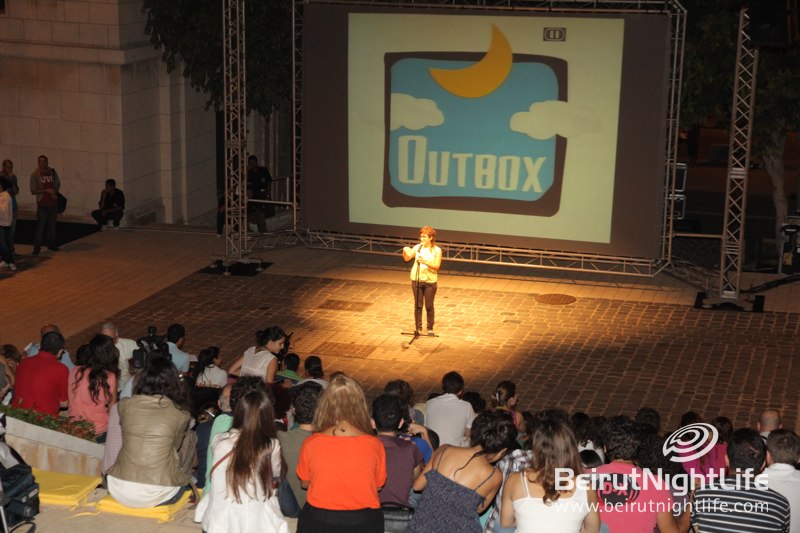 Cinema’s webt outside the box for the second year running, as Beirut prepares for the 2012 Outbox International Short Film Festival. Downtown’s Roman Baths was transformed into an open-air cinema from 8pm-midnight on June 14-17, in collaboration with the Lebanese Ministry of Culture, Solidere and the Goethe-Institute.

The event that began with an opening party organized by event planning group Jnoon, and 27 short film screenings from 16 countries, including Lebanon. German short films were the focus on June 16, with 8 screenings from Berlin and beyond. On the final night, a short concert was held in tribute to director, actor and music composer Charlie Chaplin. A live band, directed by Scarlet Saad, played a selection of film scores and other songs in a non-classical formation.

This year’s festival saw several new partnerships that will fuel the promotion of Lebanese films abroad, including a collaboration with the Sydney-based Lebanese Film Festival, Outbox’s guest for this edition. ÉCU, Paris’ European Independent Film Festival, are members of the judging panel for Outbox 2012’s screen selections.

Beirut-based 109 Architects heightened the transformation of the 2,000 year-old Roman Baths with an inspired installation and agency Leo Burnett is behind the festival’s advertising campaign.