HORECA Day 2: Let the Cocktails Flow and your Tastebuds Tingle! 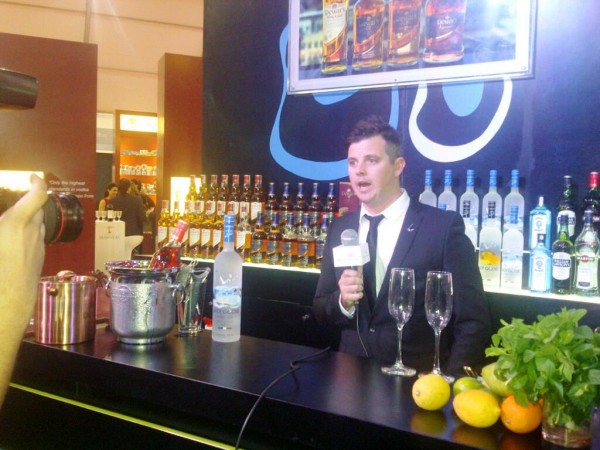 Day 2 at HORECA could be described in one word: FUN!

It was definitely more packed than the first day, as people started hearing the news of just how exciting the 19th edition is so far. Certainly better organized than last year, the appropriate amount of parking spaces was provided and traffic was not an issue.

Indoors, all three halls were filled with industry leaders, meeting and greeting people on their eye-catching stands, as well as those working or interested in the industry, who were visiting the exhibition to see the latest and greatest.

Workshops and conferences were held as people watched, learned and took down some helpful notes. My colleague and I participated in a cocktail contest, in which two bartenders prepared delicious cocktails for a select audience.

The BeirutNightLife.com team was given a special bartending show on the Fattal stand, as a Grey Goose representative prepared two seriously delicious cocktails for us. Stay posted for the video and the post that my Colleague will be writing to share the entire cool experience with you.

At the same time, a Lebanese cuisine cooking competition took place in which two teams of junior chefs competed to create the best dish according to the chef and media jury.

The Wine Lab continued in its wine-tasting for another day, with a selection of 6 well-known Lebanese white wines. Upon finishing, each participant received a wine-tasting certificate – courtesy of HORECA.

Delicious desserts were on display in HALL 3 as chefs rated each according to presentation, and passerby enjoyed this feast for the eyes.

The day ended at 9 pm, as exhibitors headed to the Pavillon Royal for a dinner party in their honor, courtesy of HORECA. Awards were distributed during the dinner, including “Best Branded Stand” for Taanayel and “Best Stand” for Prunelle. A cake was cut to celebrate 19 years of HORECA as everyone enjoyed the buffet dinner by Sofil Catering. The focal point of the venue was the ice sculpture by 360 ice. 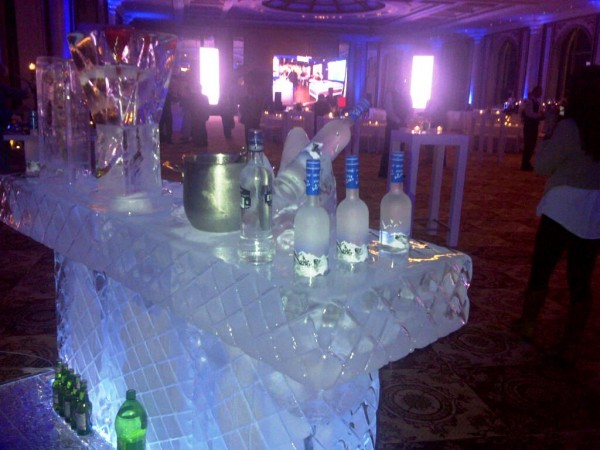 With two more days left to go, will you be visiting HORECA? If so, don’t forget to have a proper form of identification on you (Business Card, University Card or ID).

The BeirutNightLife.com team will be expecting you at stand M52.