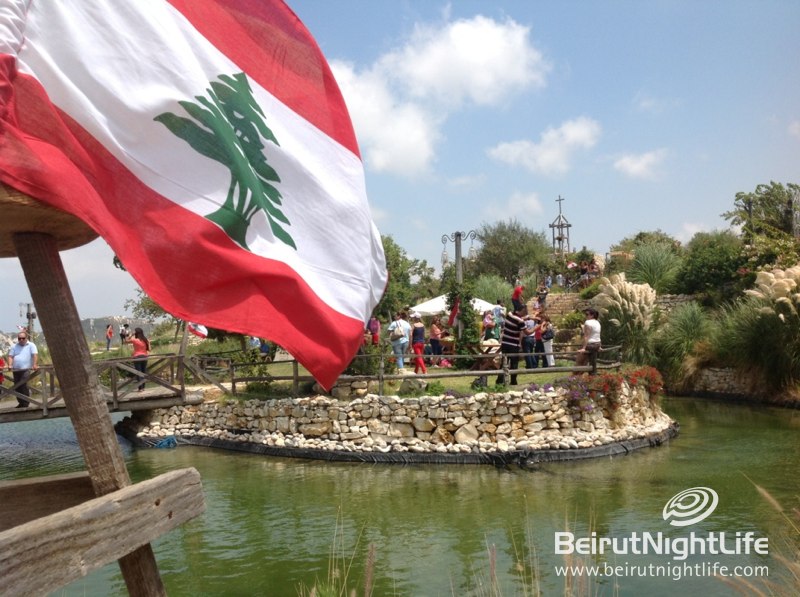 Arnaoon Village organized a 2 day event on 10 and 11 August from 12:30pm till 17:00pm “Hek Min Hebb Lebnen” where more than 900 persons were present and enjoyed those full days.

After having launched this event on our facebook page by allowing people to share a picture of how they love Lebanon to be in their eyes; The event drew the authentic simple picture of Lebanon in this old village where people interacted with the workers doing Saj bread, Kebbe nayye, Zaatar, Wheat boiling, Jarouche, Arak Karke, henneh, painting, Mawraj, Horse Carriage, Donkey ride….

As well a typical Lebanese Zaffe with Drum and reed pipe (tabel and mezmar) entertained a special village wedding of a girl and a guy which chosen randomly from the public at 3:00pm.

Followed by our field games for family, friends and children which included all the village games such as Tug of war, wheelbarrow race, sponge relay and much more

As a closure for the day, a parade by the ISF classical orchestra led by Colonel Ziad Mrad and a musical concert with Chadi Aidamouni and Carole Aoun took place in the church square at 4:00pm when people enjoyed the rhythms of authentic Lebanese music and songs.

“The popularity and the success of Arnaoon Village in the past 5 years led us to organize such an event to go back to our roots and remember the Lebanese traditions while enjoying the serene atmosphere and splendid nature of the village” says Mrs. Rita Aprat Faddoul, Arnaoon’s Director of Sales and Marketing, “Arnaoon Village is the perfect place to spend a full day out for friends and families”

ARNAOON is a 300-plus year old village that existed during the Ottoman days and its name stood strong throughout the years keeping its geography rising on a hill-top overlooking the historic Msaylha Fortress along the Batroun Highway, North of Lebanon. The villagers back then decided to defend the glory of Arnaoon and refused to give it away to the Ottomans. Team Arnaoon also decided to cherish this heritage by reviving the old ruins and beautifying the landscape rendering it a heart-pounding venue that fully caters to memorable weddings and all sorts of occasions ranging from private dinners to corporate events.

Newer Post Beirut is in the Eye of the Beholder: How Tara Tickled Her Brain So We Can Tickle Ours
Older PostTop 15 Things to Do in Beirut This Week: August 22 – 28