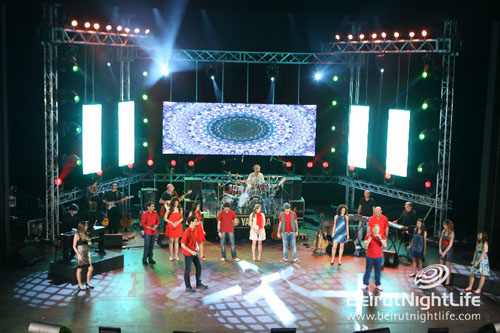 HEARTBEAT, a humanitarian, charitable organization with a mission to provide the highest level of advanced surgical technology and expertise available to treat children with heart disease.

This year, the concert was a tribute to the Sixties & the Seventies. More than thirty singers, dancers and musicians performed live on stage a selection of the most memorable hits of the century, by immortal artists like the Beatles, the Bee Gees, Elvis Presley, Elton John, Frank Sinatra, Queen, Village People, Deep Purple and many others.

Throughout the past three years, HEARTBEAT has organized several fund-raising concerts at BIEL, Faqra and Casino du Liban. All concerts were major successes, with audience of more than 10,000 people and the contribution of more than 150 sponsors. With the funds collected during these events, HEARTBEAT has been able to offer surgical treatment for more than 350 newborns and children suffering from congenital heart problems.