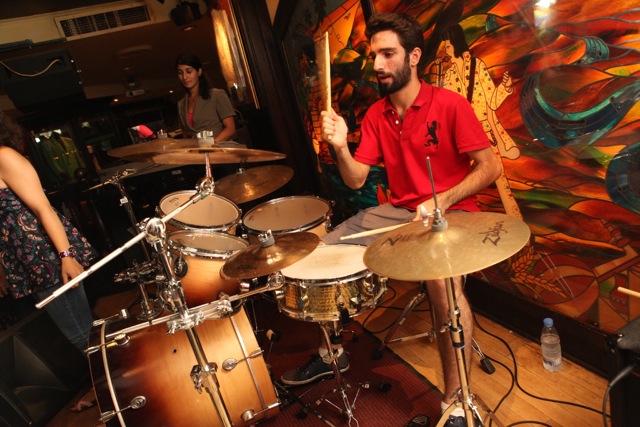 This year marks the 40th anniversary of Hard Rock all around the world.  Beirut celebrated it with style and disguise.

Hard Rock Beirut celebrated the anniversary this year by organizing an Intervarsity band competition that started June 16th and ended July 28th 2011, between different bands from different universities. Each band was evaluated by the people present according to: 1- Sound quality and distribution 2- Vocals 3- Interaction with people 4- Band members instrumental performance The final was between two bands from American University of Beirut _ Affinity vs Happy Hour, where the latter took the first place and won prizes from Hard Rock, Grand Cinemas and The Talkies. As for the second place winner _ Affinity won prizes from Instruments Garage.