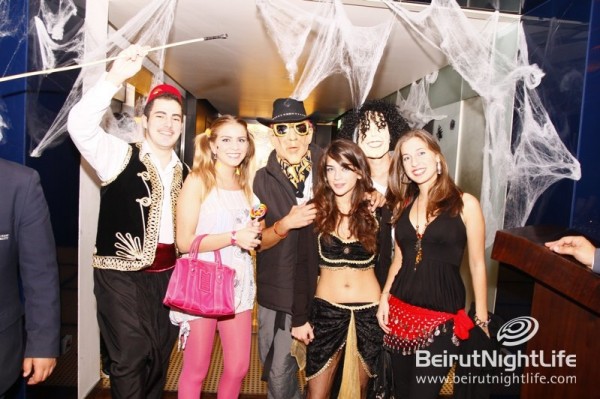 The luxurious Le Gray Hotel celebrated Halloween in style at the hip ThreeSixty bar. The entire venue was revamped to fit the Halloween theme, boasting somewhat of a shrine with a pirate flag at the entrance, pumpkins and axes. But the cherry on the topping was a man disguised as a werewolf who jumped at the crowd to spook them upon arriving to the 7th floor.

Upon entering, disguises were handed out to those who came without costumes. Among the items given out were hats, wigs and swords, but mostly all people were in disguise. Halloween costumes were being taken very seriously because a “Best Costume” competition was included in the evening’s program. 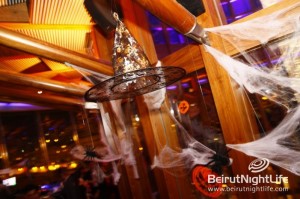 Even the staff was all dressed up for the occasion, and what an occasion that was! Punch was being served in a big pumpkin, there were spider webs everywhere, witches’ hats and spiders hanging from the ceiling, candle-lit skulls were placed on the counter tops; even the music set the ambiance for this eerie night of horror, with songs from Pink Floyd to songs like “Phantom of the Opera.” There was also an electric violin performance that accompanied some of the tracks.

During the costume competition, the jury stopped at every table to rate the costumes and at the end the prize went to a guy dressed as a pirate with the authentic boots, gun, sword, trousers and blouse. The prize was an invitation for two at one of the hotel’s outlets.