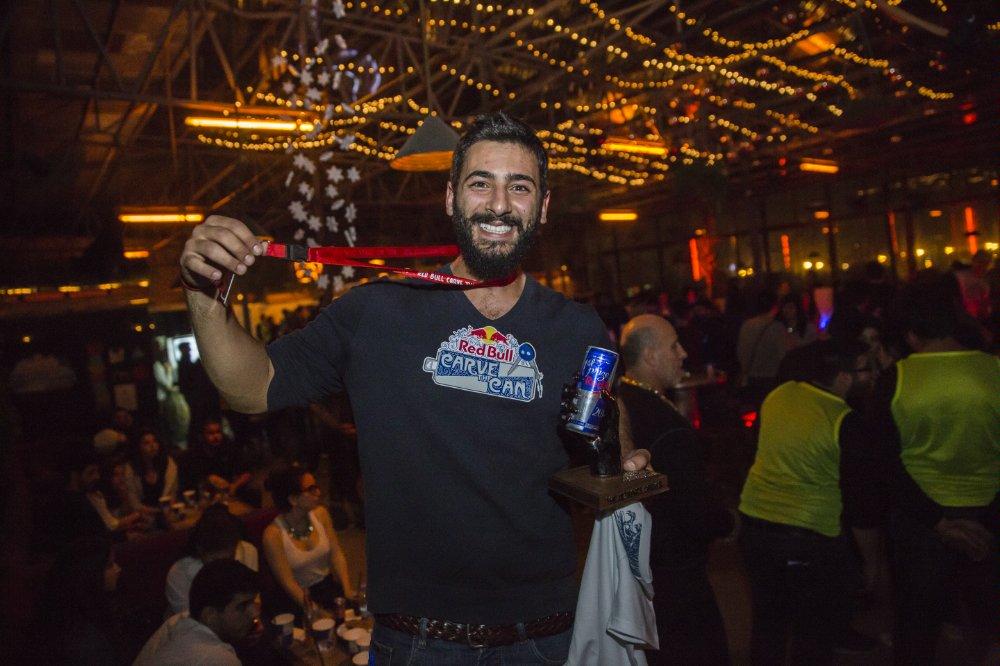 Carvers from around Lebanon made their way to Karantina to find out who will the ultimate Red Bull Carve the Can winner be. With his intricate piece, inspired by Lebanese folklore and traditions generally neglected in Lebanon, notably Kalaat Baalbek, George Batruni was crowned the ultimate carver at The Grand Factory, on the 13th of December 2014.

The 22-year-old, an architecture student from the University of Balamand – ALBA, was ecstatic: “I’ve never participated in a competition like this. To be able to win something so awesome is a dream! I can’t wait for Berlin!”

Batruni will be flying to Berlin, Germany in 2015 with a friend to attend the Red Bull Music Academy Stage at Mauerpark for Fête De La Musique.

It was definitely a tough call as the online votes accounted for 40% of the final decision, and George’s main struggle was to gather votes for his art-work, however he managed to rank 4th online during the last couple of voting hours. He encountered several carving difficulties as well: “Doodling and illustrations are easy, but realistic rendering is what I found to be the biggest obstacle”, he commented.

Take a look at the online gallery of the top 20 participants at www.redbull.com/carvethecan