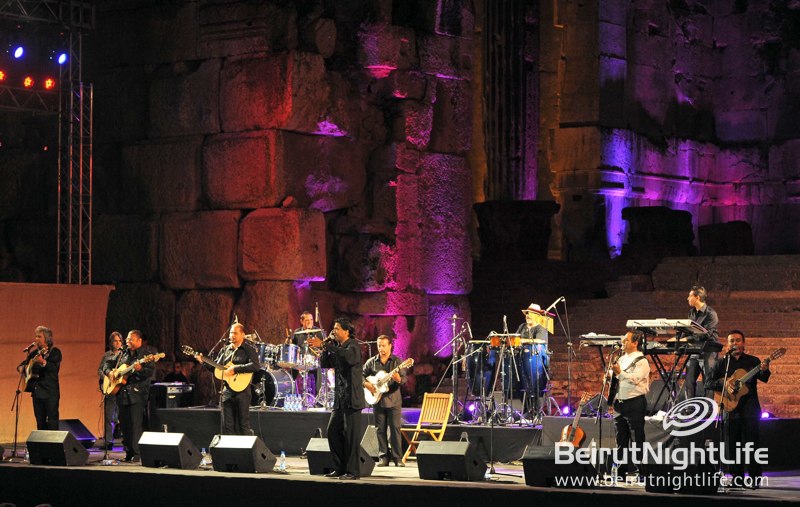 On the steps of Bacchus Temple, Chico from the legendary Gipsy Kings opened the performances for this year with a glamorous performance.

Chico is one of the founding members of the legendary Gipsy Kings, a group that has given us such rousing hits as Bamboleo, Djobi Djoba and Baila Me, Chico is a true legend. In 1992 Chico formed a new band, Chico and the Gypsies, which sold over 20 million albums worldwide, with more than 30 certified gold records and 10 platinum. They have been touring the world ever since, making fans dance to the unique sound of their gypsy guitars.

Chico and the Gypsies played some of their biggest hits as well as Aznavour’s timeless classics. The group was accompanied by the internationally renowned singer Cheb Aissa, who also performed a mix of Gypsy and Raï music.

Newer Post McLaren Opens the Next, Thrilling Chapter in the Story of Automotive
Older PostPropose in Style with Chaumet