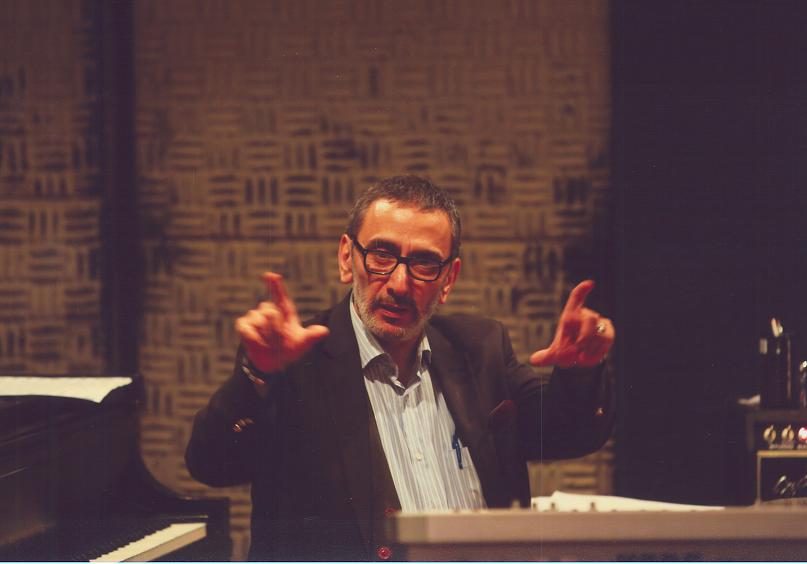 Details: Ziad Rahbani was born in 1956 in Lebanon to parents who were giants of contemporary Lebanese art: Assi Rahbani and Fairuz.
He began studying piano and music theory as a child and started his artistic journey in the early seventies, as an actor and musical performer in the theater of Rahbani Brothers and Fairouz, where he was also entrusted with participating in musical composition.
In 1973 he presented his first musical “Sahriyah”, which carried some Rahbani theater influences but had its own flavor. Later years saw the creation of six major works that clearly paved his path.
Ziad began composing music during his musical studies. From the onset, he leaned toward renewing the Lebanese song in its content and form. He also dedicated serious attention to instrumental music at a time when it lacked attention locally and regionally.
He has accomplished great achievements in this context. As his fans know, his achievement is not limited to art but includes his humanitarian and socio-political concerns, expressed often through humor and irony.