WHOSE LINE IS IT ANYWAY? In Beirut For The First Time JUNE 18th 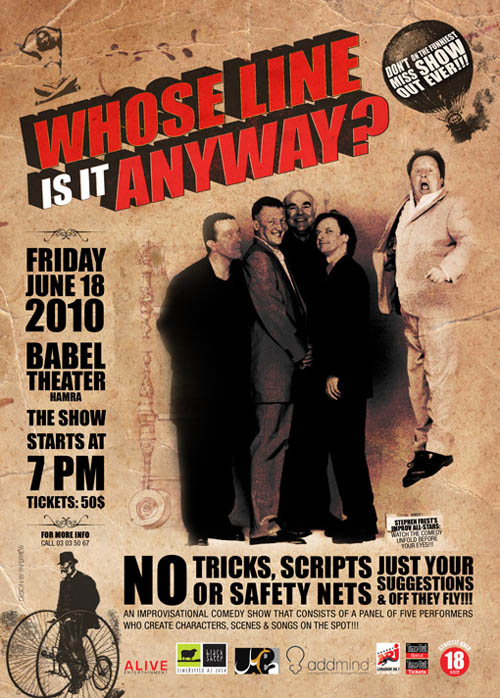 NO TRICKS! NO SCRIPTS! NO SAFETY NETS! JUST YOUR SUGGESTIONS AND OFF THEY FLY!

You shout it out, they act it out! These guys are fast, furious and very funny!

Stephen Frost, Andy Smart, Niall Ashdown, Steve Steen and Ian Coppinger (Regular members of the Comedy Store Players and members of the original ‘Whose Line Is It Anyway’ UK cast) have been making people laugh all over the world with their brand of irreverent improvised comedy.

After a sellout run in New York just recently, the guys are in Beirut for the first time and not to be missed!

What the press said:

***PLEASE NOTE***
This is a one-time only show as part of the ‘Whose Line Is It Anyway’ world tour 2010. There are only 300 tickets available for this event so the sooner you sort your tickets out the better.