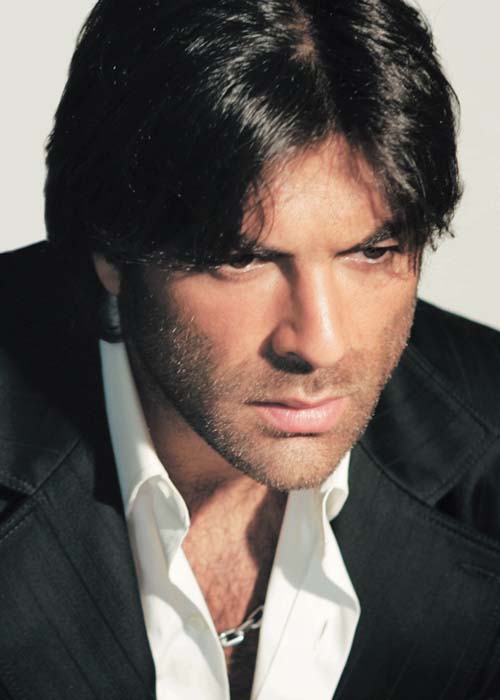 BIOGRAPHY
Wael Kfoury, is one of the most popular singers in the Arab world. He is famous for his romantic songs that incorporate mawwal-style singing.

After enrolling at the Holy Spirit University of Kaslik (USEK) and the Lebanese National Higher Conservatory of Music, he had his breakthrough when he took part in Studio El Fan music competition and was awarded the gold medal for best male singer for the 1992-1993 season. Wael Kfoury signed with the Music Box music label and released three albums in 1994, 1995 and 1996 with the label, and that year was chosen as Best Singer in Lebanon.

He had to suspend his musical career for one year to do his mandatory military service in the Lebanese Army from September 1996 to September 1997. Prior to joining up, he released the popular single “Rayeh ‘al Jeysh” (I am Going to the Army) encouraging other youth to enroll in military service. During that period, he was highly publicized by the Lebanese Army as a role model for Lebanese youth, with frequent musical appearances in the media. He was also seen performing to other Lebanese conscripts on national occasions including Lebanese Independence Day, Valentine’s Day, Mother’s Day and Lebanese Army Day, and at the end of his service he released a full album of songs recounting his experience in an album entitled 12 Months, the duration of compulsory military service in Lebanon.

In 2000 Wael Kfoury signed with Rotana Records and largely due to the success of his first album with this label called Sa’alouni, won the Murex Lebanese Award for Best Male Singer.

In his following album Shou Ra’yak, and for the first time in his musical career, he took part in the writing and composing of some of the songs. The album went platinum in the Arab World. He remains popular throughout the Arab World as well as the Arab diaspora in North America, Europe, Africa and Australia with frequent sold-out tours.