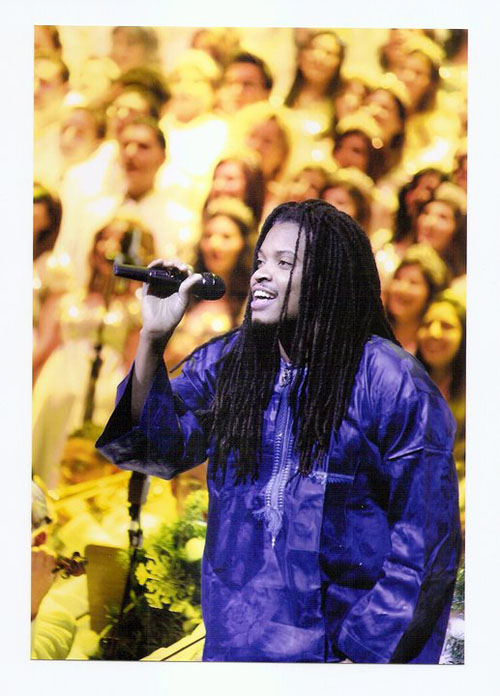 “Victor & his Funky Stuff” is a Beirut-based soul-funk-and-party band around Kenian star vocalist (and percussionist) Victor Muli. His band is a collaboration of Beirut’s finest pop & and jazz musicians, with on drums Samer Zaghir (Lebanon), on saxes and vocals Nizam Tamim (Norway), on guitar, keyboards and vocals Anthony Eid (Gambia) and on keyboards and moog bass Pim van Harten (the Netherlands). Bringing together a wide variety of musical influences and professional musical experience, ‘Victor’s & his Funky Stuff’ has specialized on playinf funk, disco and soulful material that is garantueed to make you want to dance !

Victor’s soulful and sugarcoated black voice, in the tradition of Luther Vandross, Donny Hathaway, George Benson, a rare find in the Middle East, is a well kept secret of his hometown Damascus. His stage performance is assured to leave a lasting impression, while he will also show some of his African rhytmical influences on percussion.

Sharing the front of the band are saxplayer Nizam Tamim and guitarplayer Anthony Eid, both veteran entertainers that toured the world and have returned to playing the music they started with -the soul and funky music of the 70s. Their solos are the color of the band, giving it its authentic 70s sound.

The motor of the band is formed by the rhythm tandem of drummer Samer Zaghir and keyboardplayer and moog bassplayer Pim van Harten. Samer and Pim have been the irresistible powersource of various Beiruti jazz, fusion and funk projects and are guaranteed to create the heat that makes you want you to shake everything you got !

The repertoire of ‘Victor & his Funky Stuff’ is a mix of Michael Jackson, James Brown, Earth Wind & Fire, George Benson and Marvin Gaye 70s classics, brought to you with a deep groove and a deep respect for the tradition of 70s disco and soul and funk music…and presented to you to create your own 70s dance party !!