Ultimate NYE Party At B018 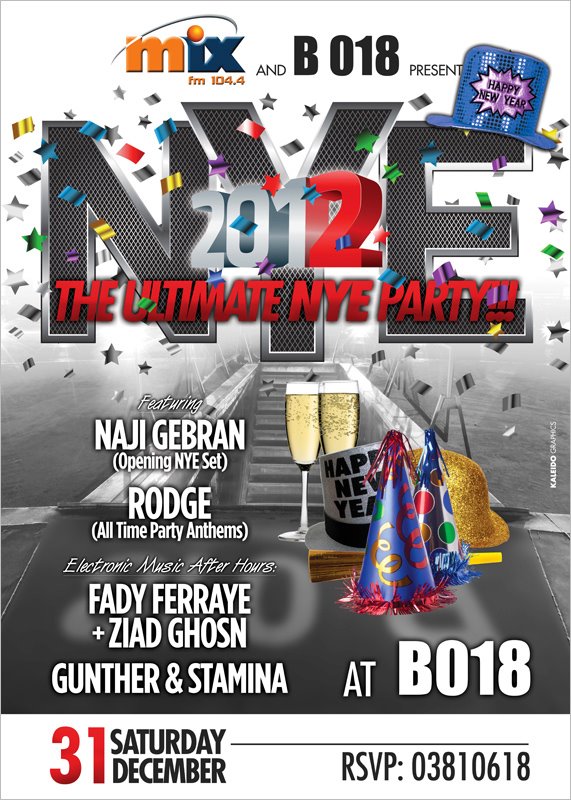 Name: Ultimate NYE Party At B018

For the first time ever, we’re mixing all the B018 flavors you love in a showdown of creativity and a fusion of forces to bring you the ultimate NYE celebration!

Kicking off this huge night of festivities at 9pm, the founder of B018, Naji Gebran, takes control of the opening set.

Then, from 11pm, Rodge will be be taking the music to a climax in a full-on explosion of the biggest party anthems of our lifetime and the top hits of 2011, with the most impressive countdown to 2012

The after-hours will continue with a switch of genres with:

who will be twisting the dial to bring you the best in house and techno.

The hottest, hippest, happiest, most talked about NYE party in the city.