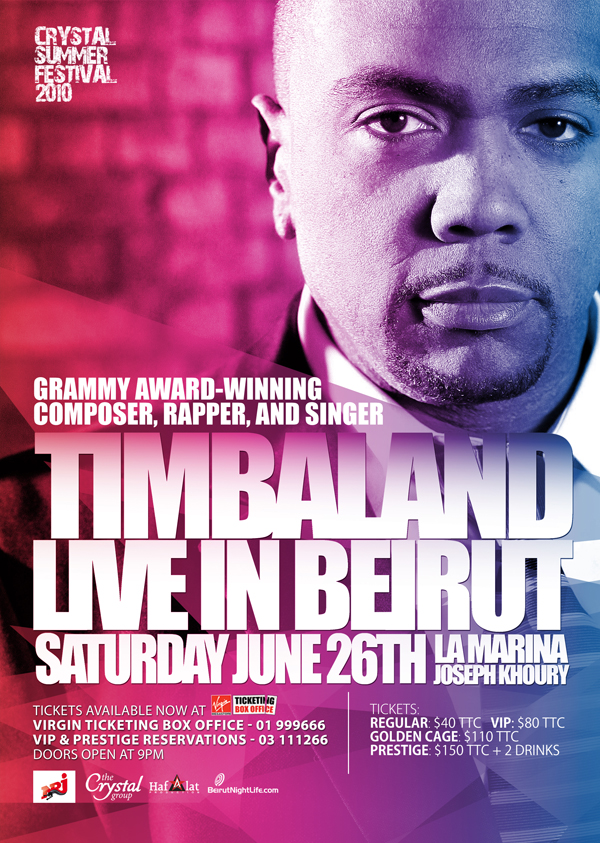 The Crystal Group is proud to Present: The Crystal Summer Festival 2010!!!

This Festival consists of series of events happening all summer long in Lebanon… And to start in style… WE are proud to welcome, Superstar Singer and Producer: TIMBALAND LIVE AT LA MARINA JOSPEH KHOURY for a live performance that will raise the bar for other performers!!!

This event is in collaboration with NRJ !