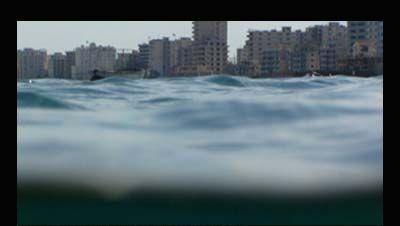 The project’ Suspended Spaces’ arose in 2007 from a meeting between artists and researchers concerning a specific space, Varosha, the modern beach suburb of the Cypriot city, Famagusta, constructed in the 1960s, abandoned then encircled following the Turkish offensive of Northern Cyprus in 1974. Although this project is inscribed in a contemporary geopolitical reflection, it also attempts to envisage suspended spaces from an artistic and aesthetic point of view.

The project ‘Suspended Spaces #1 Since Famagusta’ will be presented at the Beirut Art Center by the members of the collective and a certain number of its actors. Presentations, exchanges between artists, programs of videos and performances will be proposed over three days to the public. A round table uniting partners and Lebanese artists is destined to provide the conceptual and practical base for the forthcoming steps of the project: Lebanon as a future anchor point for our research?

This event is organized in partnership with:

and with the support of the Flemish Authorities

A series of presentations, screenings and a performance

A series of presentations, talks and screenings

A series of three talks