Snow White And The Seven Dwarfs At Casino Du Liban 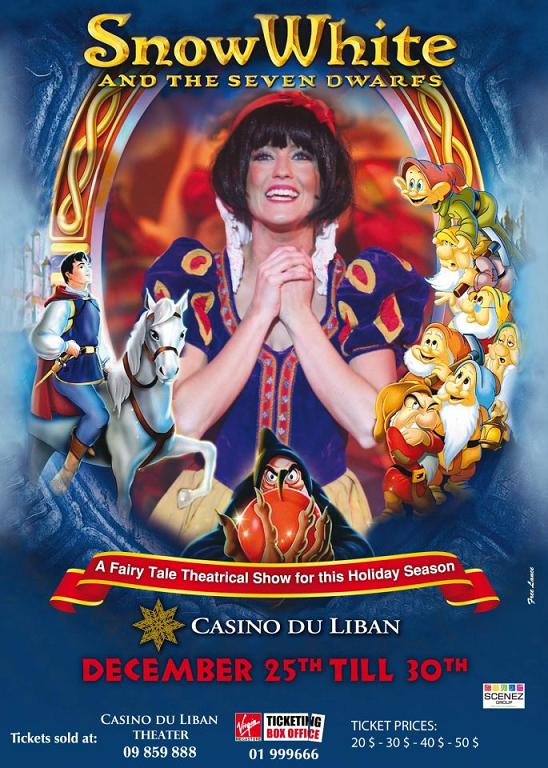 Tickets at all virgin megastores branches & The Casino Du Liban .

“Mirror, mirror on the wall, who is the fairest of them all?”

This fairy tale of ‘Snow White’ comes to Lebanon in this professional production promising a fantastic day out for all the family in the UK’s tradition that is Pantomime..

Snow White is a classic fairytale fantasy jam-packed with music and dance, fun and laughter, a troubled princess, a seriously wicked stepmother, a handsome prince and, of course, seven cheeky dwarfs! Oh yes it is!

Beautiful princess Snow White has skin as white as snow and lips as red as rubies. But her cruel stepmother the Wicked Queen flies into a jealous rage and plots to kill her when a magic mirror declares her stepdaughter is ‘the fairest of them all’ and Snow White flees to the safety of the seven dwarfs house. But who is the curious old crone selling apples door to door? And can true love’s kiss really save the day? Follow us deep into the magical forest and find out…

Mirror, mirror on the wall.

The finest panto in the land

Which pantomime is best of all?

Is surely on at Casino du Liban!