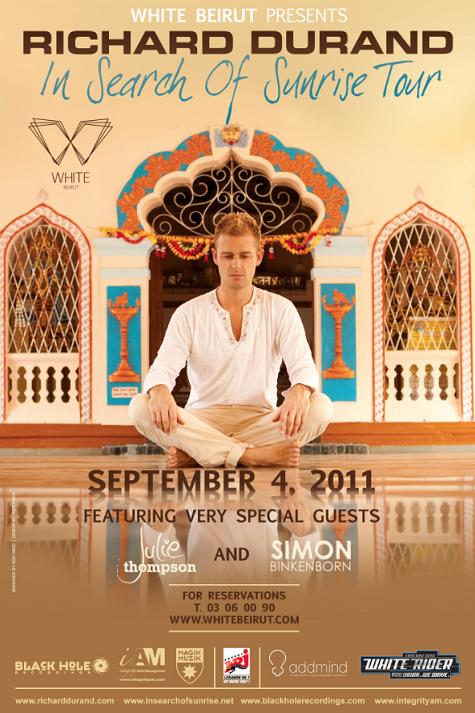 Details: After Fedde le Grand and Steve Angello’s massive success, White Beirut is proud to bring you another big name whose ability is to work crowds into an exclusive atmosphere.

He is known to be Tiesto’s right hand and ranked among the top 100 DJs in the world!!

White Beirut is hosting Richard Durand live on Sunday, September 4 2011, along with two of the vocalists he worked with, Julie Thompson and Simon Binkenborn!!!