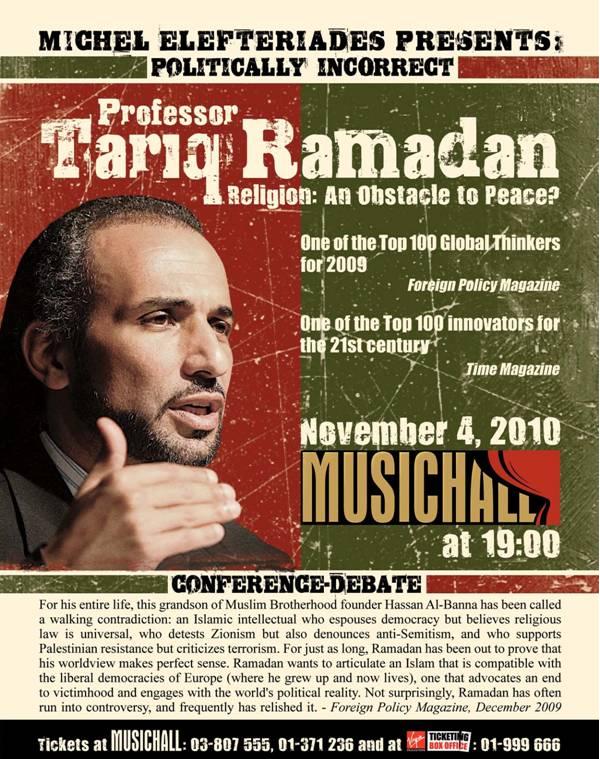 Religion: An obstacle to peace?

Conference-Debate
For his entire life,this grandson of Muslim Brotherhood founder Hassan Al-Banna has been called a walking contradiction: an Islamic intellectual who espouses democracy but believes religious law is universal, who detests Zionism but also denounces anti-Semitism, and who supports Palestinian resistance but criticizes terrorism. For just as long, Ramadan has been out to prove that his worldview makes perfect sense.Ramadan wants to articulate an Islam that is compatible with the liberal democracies of Europe (where he grew up and now lives), one that advocates an end to victim hood and engages with the world’s political reality. Not surprisingly, Ramadan has often run into controversy, and frequently has relished it. – Foreign Policy Magazine, December 2009.