PRODUCTION SESSION w/ LOPAZZ: MAKE A FULL TRACK IN 2 HOURS at the Basement 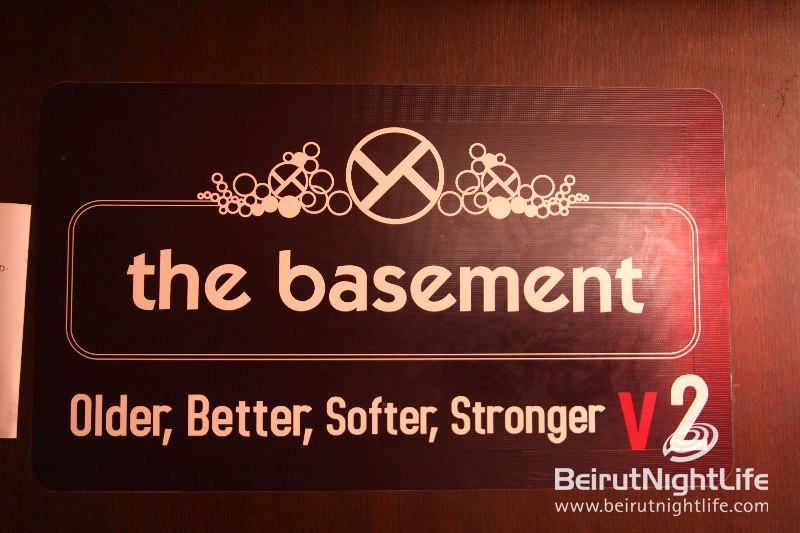 In part. w/ THE GOETHE-INSTITUT

LOPAZZ (Get Physical, Berlin) will guide us through smart and innovative tricks to produce a full track in the most efficient way.

He will cover sampling, mixing, arranging, and vocal treatment techniques.

The workshop is limited to 15 participants only, to register, please email:
[email protected] (Please include full name + phone number)

Participation fee is 50,000 LL and includes an invitation + 2 drinks to attend LOPAZZ’s LIVE performance @ The Basement, on Friday April 16.

You probably best know Lopazz for the quality, avant-garde club music he’s produced for labels like Get Physical, Cocoon Rec. and London’s legendary Output Recordings, but his career as a multimedia artist is far more colourful and diverse than you might’ve imagined.

Real name Stefan Eichinger, Lopazz was born in Germany in 1975, and these days is based in Berlin and Heidelberg, where he lives with his wife – the Ecuadorian artist Mariella Landivar- Garcia (who performs on several Lopazz records as Deafny Moon). His first serious involvement with music began in the early 90s; since 1994 he’s been a part of the HD800 team, with whom he operated a techno club, two record labels (800achtspur & 800trak) and a recording studio.

Stefan runs the German multimedia label 800achtspur in Heidelberg, which has released records by Mason Mesud Stevensen, Casio Casino and of course Lopazz himself. Stefan is also renowned as a film and television composer, having written and performed more than 45 film and documentary scores over the years. Since 1999, Stefan has been providing original compositions and productions for UNESCO’s World Heritage TV documentaries and more recently he scored the Foodhunter series, produced in Asia and shown on European TV stations. With typical interest in musical process and commitment to authenticity, Stefan travelled to China, Ethiopia, South-Africa and Mongolia, recording orchestras, singers and monks in order to enrich this soundtrack.

Some of his finest work for film and television was collected in the 800achtspur compilation, 18 Themes for TV-Documentaries (2003) and his brandnew Album on Get Physical “Ambient Film Themes Vol.1” ( 2009 ). He’s always had a sense of fun, though, and his love of TV and music resulted in his cheeky 2001 remixes of the classic Miami Vice and Magnum themes with Redagain P!

In 2003, Lopazz’s self-titled EP of off-kilter dance music was released by Trevor Jackson’s Output Recordings, followed by the singles ‘Blood’ (remixed by Tiefschwarz) and his first bona fide club hit ‘I Need Ya’. ‘I Need Ya’ was licensed for a limited edition Japanese release by French fashion label Colette, and its success led to Lopazz remixing Germany’s biggest pop act Xavier Nadoo, while techno legend Sven Vaeth snapped up ‘I Need Ya’ for his Sound of the Fourth Season mix CD.

2007 he released a new 12” for the label, this time entitled ‘Share My Rhythm’. In the same year Lopazz released his album Kook Kook, a perfect document of his witty and avant-garde electronic funk blueprint – playful, imaginative, intimate and impossible to pigeon-hole.

Since 2000 Lopazz has been performing live, most recently on an extensive World-tour, playing the hots pots and best clubs like D´Edge in Sao Paulo, Watergate & Berghain in Berlin, Soundwave in Vancouver, Ekko in Norway, Bataclan in Paris, Fabric London, Water-Taxi Beach in New York City, Sunset Open Air in California and many more.

Restless as ever, Lopazz is currently dividing his time between the studio, where he’s working on new material with M.A.N.D.Y. & Eddie Zarook, Mastering-jobs for artists and labels and his home, where he enjoys a happy existence with his talented wife and two dogs. As the man himself says, “I have no message to preach – I just represent my music, and life…”