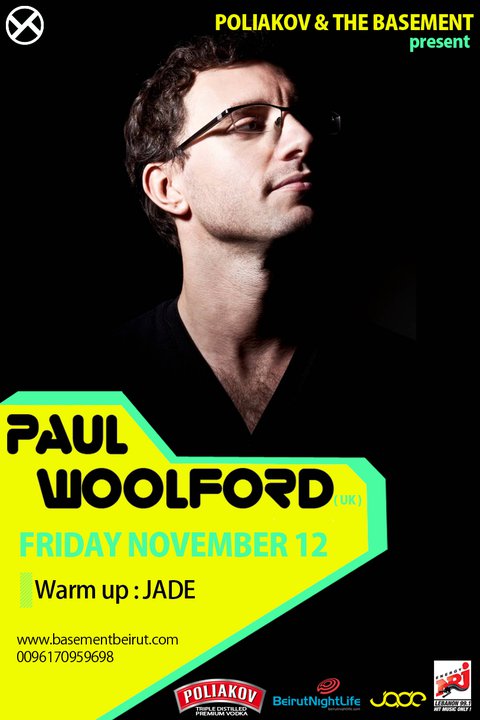 If you need any more evidence that Mr Neverending-Purple-Patch is doing things with percussion (in all it’s different flavours) that would make Richie Hawtin proud, then this is it 10/10″ ◘◘◘’Pandemonium’ Single of the Month IDJ MAGAZINE◘◘◘

The highlight of the Space Terraza this summer 2009 at We Love. Every week Paul Woolford clarified, refined and defined the sound of one of the most important rooms in contemporary dance music each Sunday.” ◘◘◘WELOVESPACE◘◘◘

Paul Woolford’s “The Truth” should be filed in anyone’s collection next to other classic UK techno albums such as LFO’s “LFO” Chemical Brothers’ “Exit Planet Dust”, Underworld’s “Dubnobasswithmyheadman” and Aphex Twin’s “I Care Because You Do” ◘◘◘RESIDENT ADVISOR◘◘◘

Through his work as Dj, Producer, Dancefloor experimentalist, Remixer, Collaborator and label owner, Paul Woolford has succeeded in bringing a rare level of artistry to the world of modern dance music and in doing so, made an enduring global impact. His name is synonymous with high-quality.

Early 2010 will see Woolford push his creativity even further with a with Renaissance Platform double CD release cultivated from a large amount of the finest quality original material from right across the house & techno spectrum, some brand-new material solely produced for this release, exclusive re-edits, exclusive takes on Woolford remixes .

Paul Woolford tours the world constantly as a guest dj of the finest clubs and festivals.
He was awarded ‘Best Newcomer’ in Ibiza’s DJ Awards in 2006 and nominated for one of DJ Magazine’s ‘Best Of British’ Awards in 2007.

In addition to this, he now holds a monthly UK residency at Matter London at which he can approach things in a different manner more appropriate for this worldwide hub of dance music.

Irrespective of your position on the dancefloor or listening at home, Paul Woolford’s tropes and idiosyncrasies are unmistakable and he has become a force to be reckoned with in modern dance music.