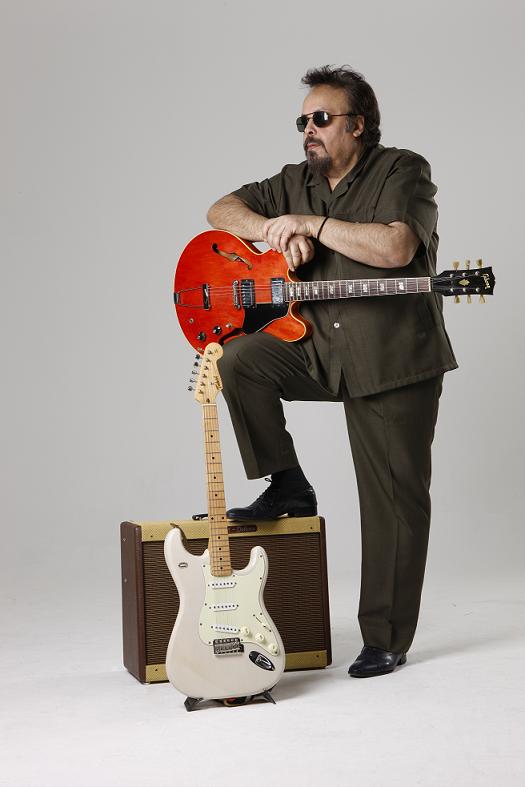 Details: Voted by Guitarist magazine a ‘one of the top 50 greatest Blues guitarists who ever walked the earth’, Britain’s most popular Blues guitarist and Bandleader prompted B.B. King to say of his playing – “….Otis plays the Guitar like I did when I was young”. Not only is Otis admired and respected by the old Blues Masters like BB King and Luther Allison, he was also a personal friend, confidante, and collaborator with the late great Ike Turner. For the past 25 years Otis has received a number of major Awards.

“Blues’65” Otis’s new album is a celebration of the sounds that influenced him during his teenage years. This was an era when recordings of every genre were made to be radio friendly and charts saw Pop, Rock, Soul, R&B, and even Blues nestled comfortably together. There are no guitar pyrotechnics here – just straight forward danceable, Swingin’ and listening grooves (Rumba Conga Twist. Otis, truly a master of his instrument in an age of ‘guitar heroes’, still plays in that authentic Blues style with simplicity, feel, lyricism and rhythmic attack to the fore.