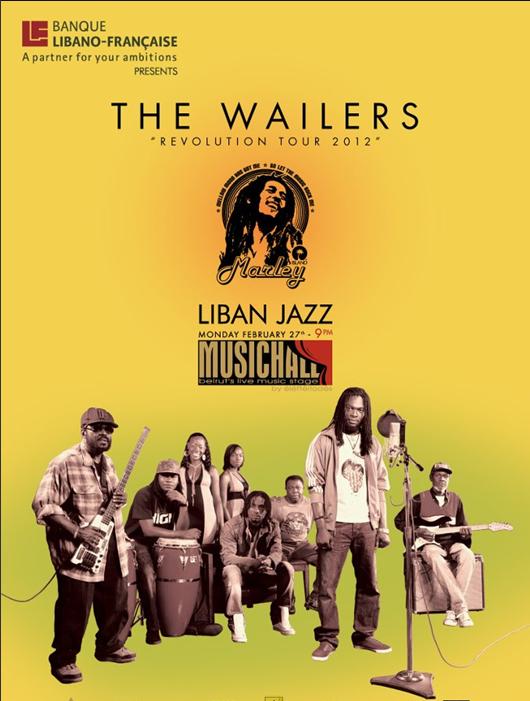 The Wailers live at MusicHall

“ So many of Bob Marley’s songs are still relevant to what’s happening right now. They are of the times. Bob Marley was a prophet, and it’s a honor to be part of that”.

For millions of people around the world, Reggae Music is synonymous to “Bob Marley and the Wailers”. Without any doubt, their heartbeat rhythms inspired many of us and triggered exceptional emotions.

When Marley was still among us, the band had sold more than 250 million albums across the globe.

The Wailers have completed innumerable tours over the years, playing to an estimated 24 million people. Next stop of the “REVOLUTION TOUR 2012”, Beirut, at the MusicHall, part of the LibanJazz series.