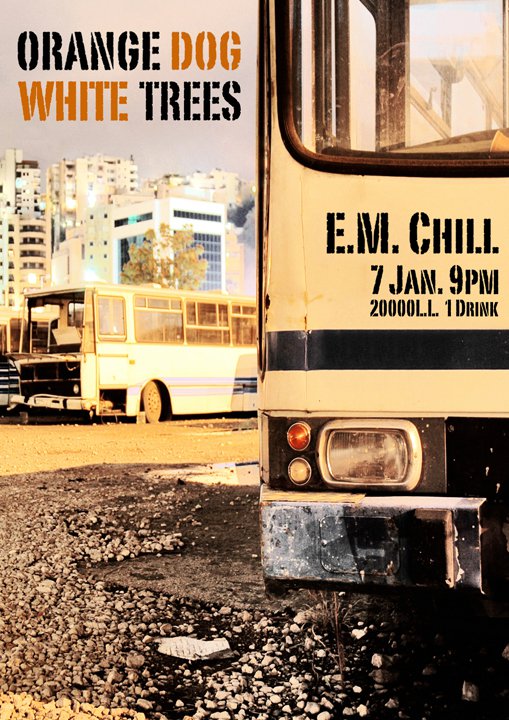 The event will start with the projection of Orange Dog’s short films, Beirut, I Love You (I Love You Not) and Cheers, To Those Who Stay. These will be followed by White Trees’ unpredictable live performances mixing songs from their records and endless psychedelic improvisations!

The filmakers and the musicians worked together in 2010 on the short film ‘Cheers, To Those Who Stay’, winning a Merit Award at the Los Angeles Cinema Festival of Hollywood 2010 and an Honorable Mention at the Los Angeles Movie Awards 2010.

The music and the film’s shooting were executed simultaneously to create a perfect harmony between sights and sounds. In The Morning, is the main song of the film and is featured at its end. Influenced by contemporary and 70’s artists, it mixes an 8 vocals choir with mellow piano chords, dreamy guitar sonorities and an occasional violin lines.

The Orange Dog Productions are the winners of:

– Honorable Mention at the Los Angeles Movie Awards 2010 (for Cheers, To Those Who Stay)

– Merit Award at the Los Angeles Cinema Festival of Hollywood 2010 (for Cheers, To Those Who Stay)

– Best International Film at the Swansea Bay Film Festival 2010 (for Beirut, I Love You (I Love You Not))