Once Upon a Sound 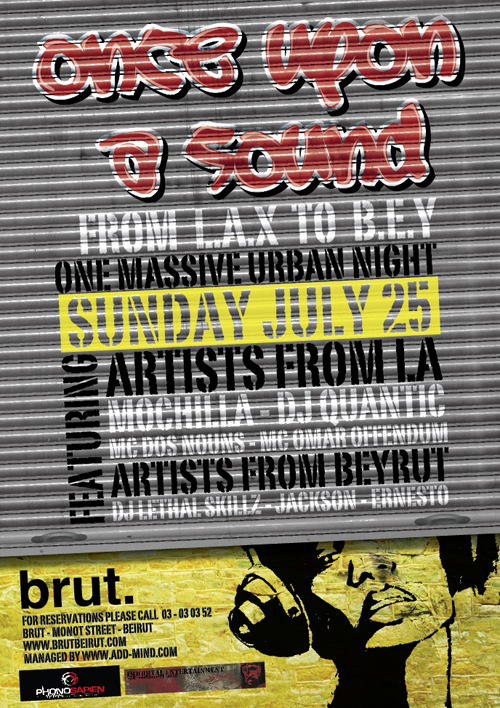 For one MASSIVE URBAN night!

As well as 5 BIG artists all the way from LA

With Graffiti artists and the 961 Underground Bboy Crew …

You will have the chance to know what it feels like to party in LA!!