Nicole Moudaber Ft.Djette At The Basement 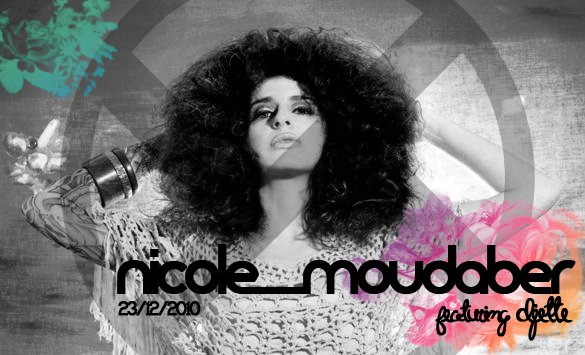 FROM Nigeria via Lebanon, New York and Ibiza, DJ and producer Nicole Moudaber is the rising star who’s been at the heart of the dance scene since electronic beats took over the globe in the early Nineties. She made her way to the decks and into the studio after years spent getting swept away by the music of the world’s biggest DJs in some of the best clubs in the Big Apple and bringing rave to Beirut with her Trashy Renaissance parties. She made her name in the UK booking huge acts for the Soundworx nights at London’s legendary Turnmills and running Southeast Recordings.

Nicole’s decision to move onto producing and spinning the driving beats she loves has surprised and thrilled her heavyweight industry colleagues. Carl Cox snapped up her tracks for his INTEC label, as did Steve Lawler for VIVa & iVAV, while ‘proud’ hero Danny Tenaglia was so impressed after DJ-ing alongside her he declared, “One day, I hope to open for you”.

Nicole has found a champion in Carl Cox, who called her ‘the Most Underrated DJ of 2009’ and says: “I’ve been following her career for the last three years – her productions and DJing. She’s amazing.” She was picked both by Cox & Digweed for a guest mix in 2008 and 2009, and specially requested by Carl for a slot next to him in Space in 2009 and ‘10. Pete Tong is also a big fan, recently featuring Nicole as a ‘The Rising Star’ on his Essential Selection. On top of all this she’s bagged a Saturday residency, Church On Sundays, at Es Vive in Ibiza, the island she now calls home.

Recent releases on INTEC, Monique Musique and a remix for Martin Eyerer on Blufin and Lutzenkirchen on 303Lovers, Coloursound on Great Stuff, Spektre On BluFin join offerings on VIVa, iVAV, AreaRemote, Intacto, Plastic City and Yellow Tail and often crop up in the sets of Danny Tenaglia, Marco Carola, Richie Hawtin, Bushwacka, Mauro Picotto, Steve Lawler, Carl Cox and Dubfire. She has also remixed Gorge (8bit) Adam Sheridan and The Junkies among others, slicing and dicing her productions for crowds in Beirut, Greece, London, Miami, Paris and Ibiza.